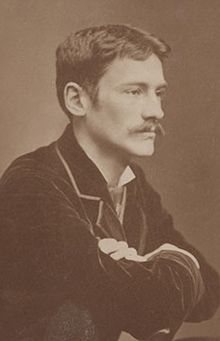 Thomas Dewing Wilmer was an American painter born on 4 May 1852 in Boston, Massachusetts. Thomas grew up interested in music and art, subsequently pursuing a career in the latter. As a teenager, Wilmer apprenticed with a lithographer until the early 1870s. Afterward, he studied paintings at the Boston Museum of Fine Arts and attended classes organized by the Boston Art Club.

In 1876, Wilmer traveled to France and enrolled at the Academie Julian, where he studied anatomical drawing and modeling under Jules Joseph Lefebvre and Gustave Boulanger. Thomas returned to America in 1878 and eventually settled in New York in 1880, joining the Society of American Artists and teaching at the Art Students League.

In 1897, Wilmer left the Society of American Artists and co-founded The Ten. During his illustrious career, Thomas exhibited widely and won several awards for his work, including a silver medal at the Paris Exposition. Before his death on 5 November 1938 in New York, Wilmer spent his last years in Cornish, New Hampshire.

What was Thomas Wilmer Known For?

Thomas Wilmer was known for depicting elegant women in a fantastical surround. Wilmer fixated on his fascination with the female figure and made it his primary subject matter. The women in Wilmer’s paintings are pictured outdoors in open green fields or indoors, playing an instrument or striking a pose. He employed a limited range of colors and blurred brush strokes.

Who was Thomas Wilmer Influenced By?

What Art Movement was Thomas Wilmer Associated With?

Thomas Wilmer was associated with the Realism art movement.

Below are some of the artworks of Thomas Wilmer 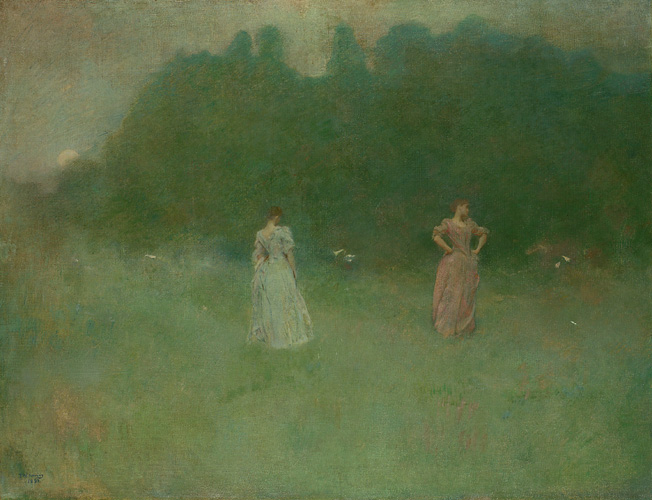 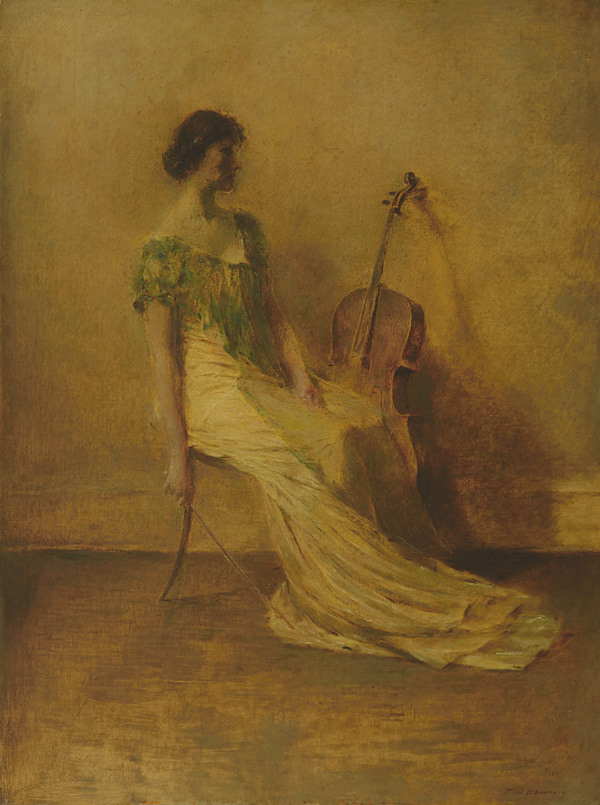 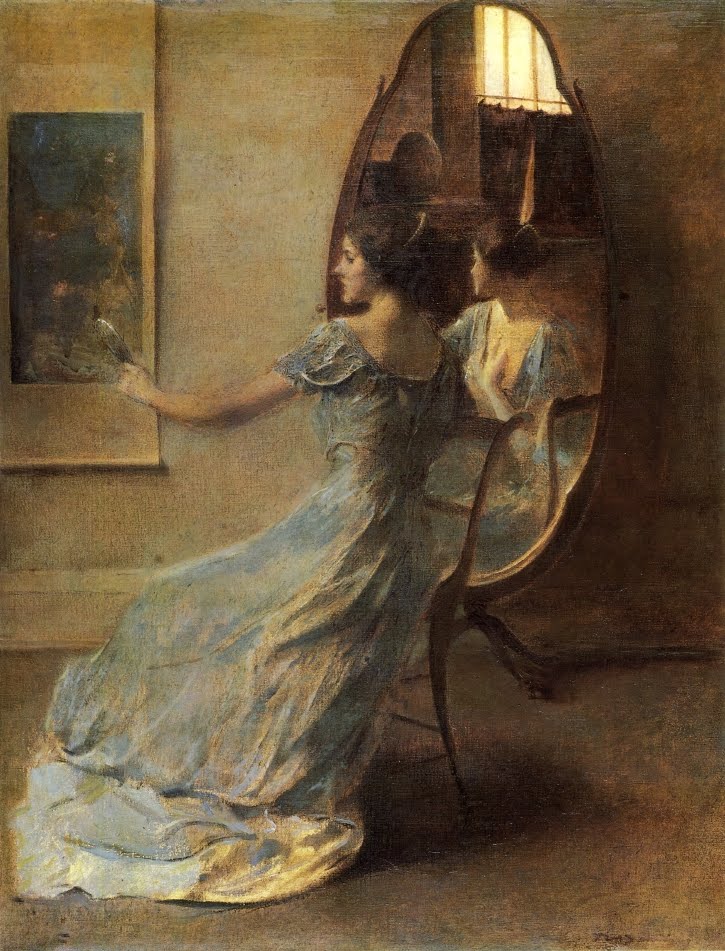 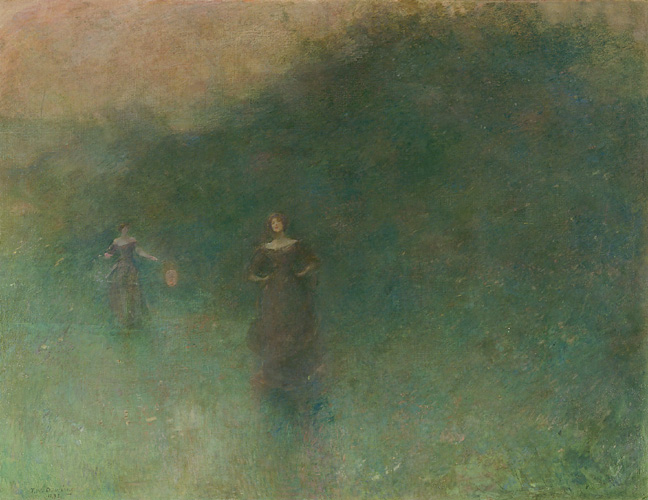 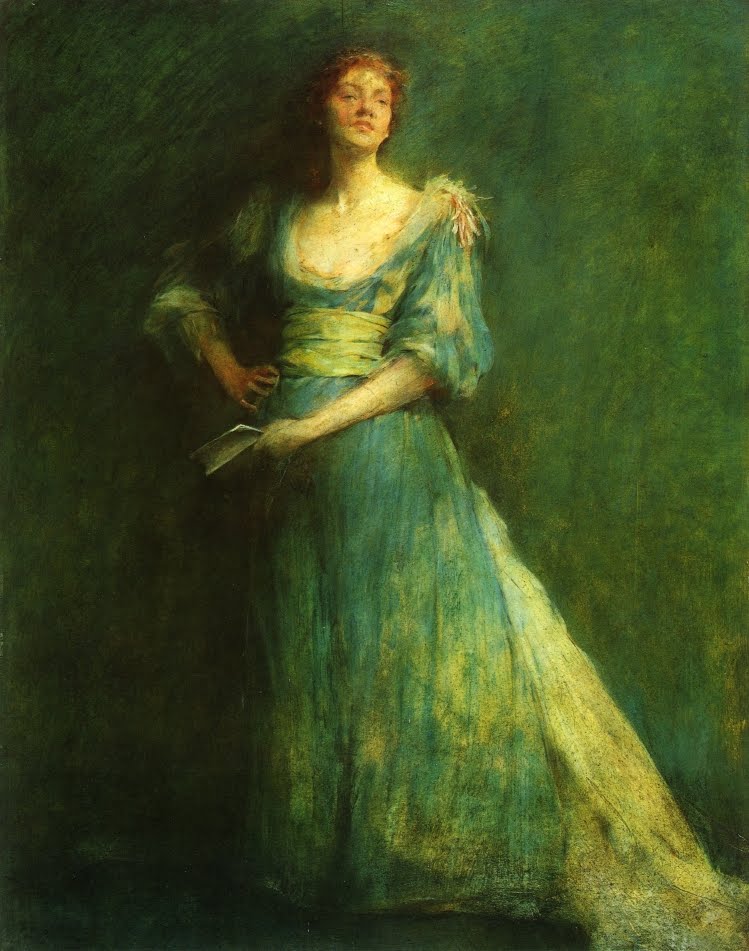 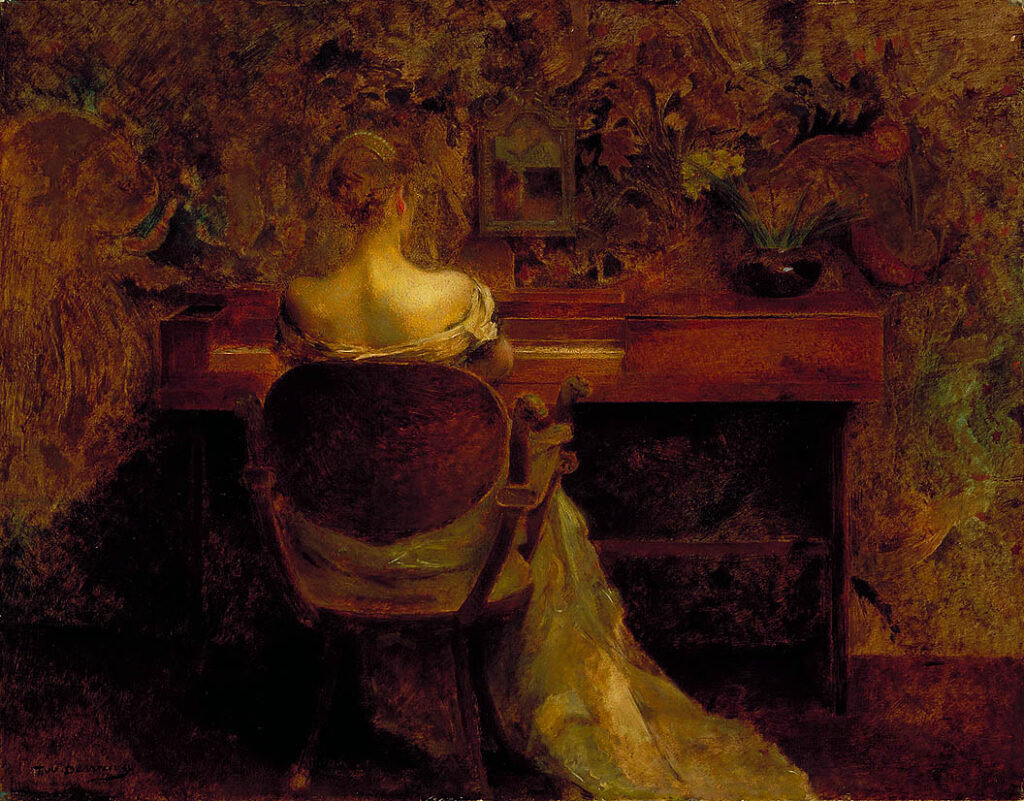 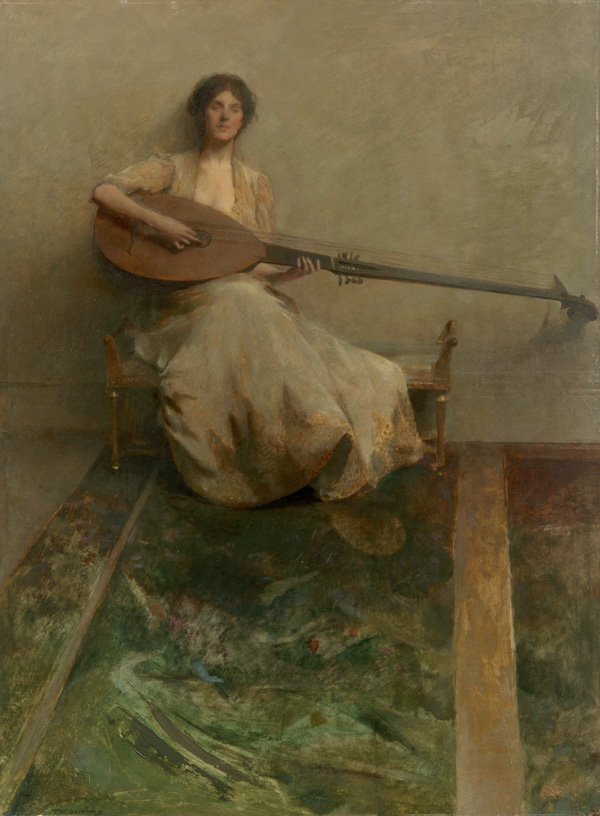 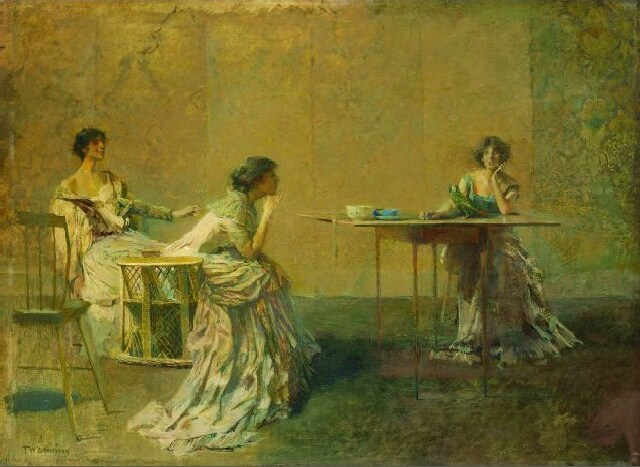 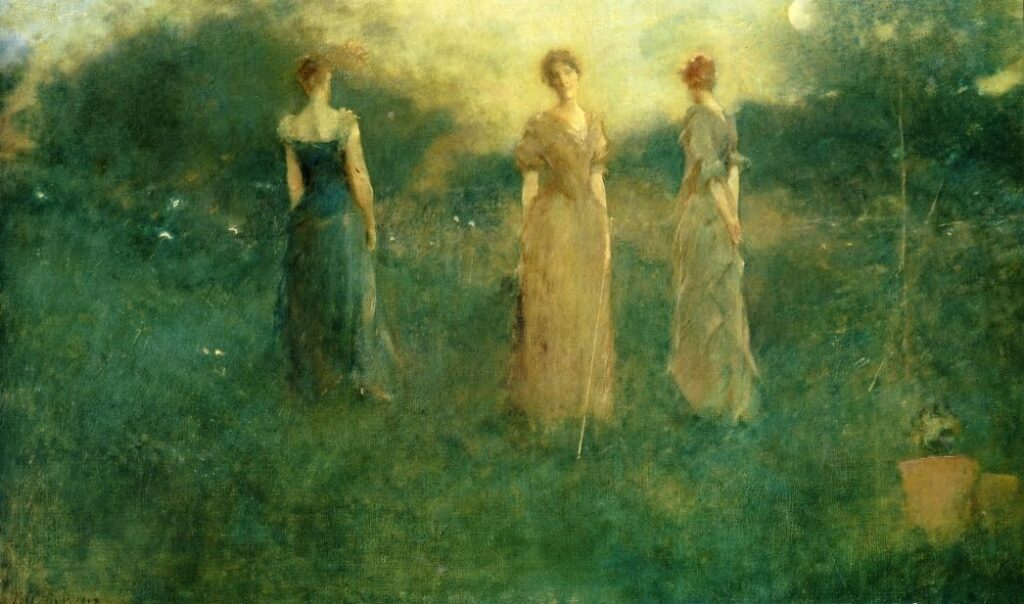 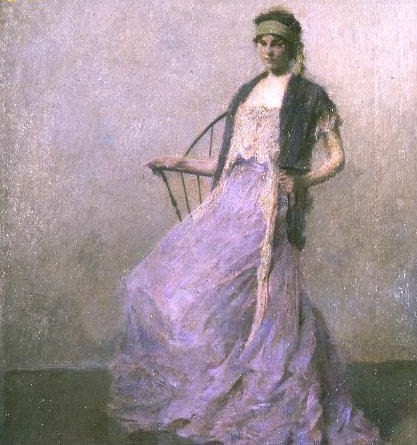 Lady with a Lute 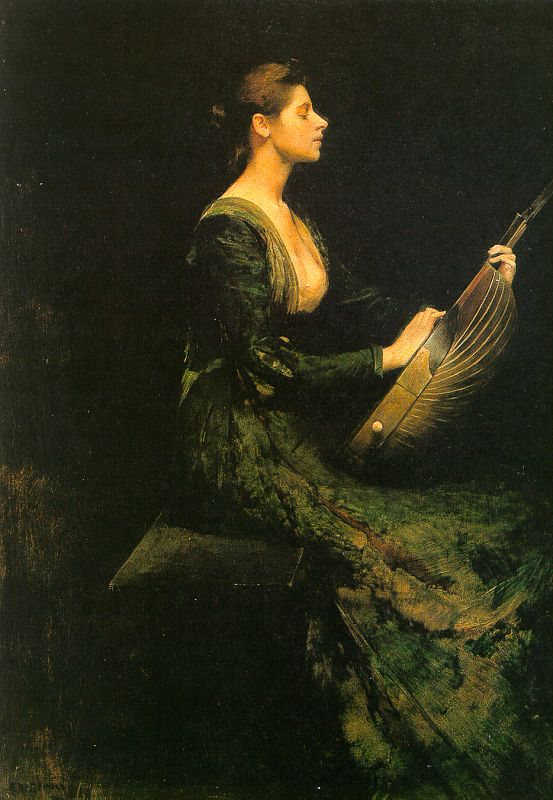 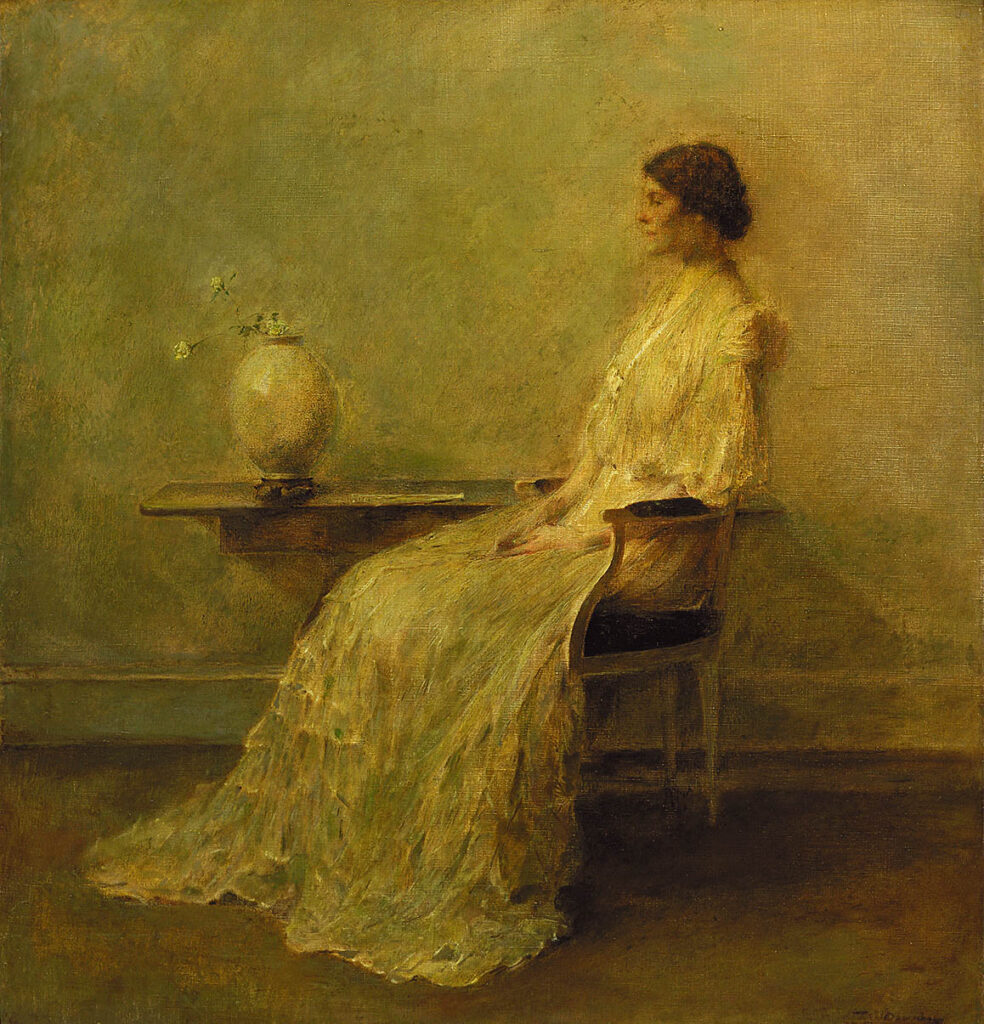 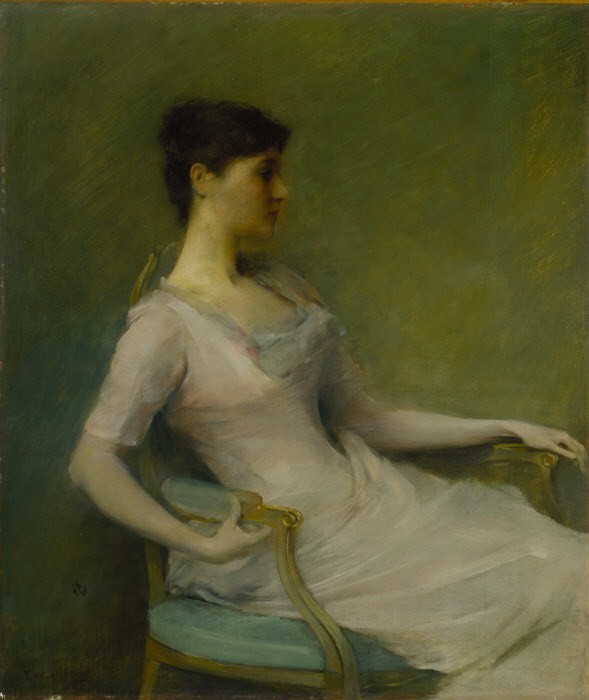 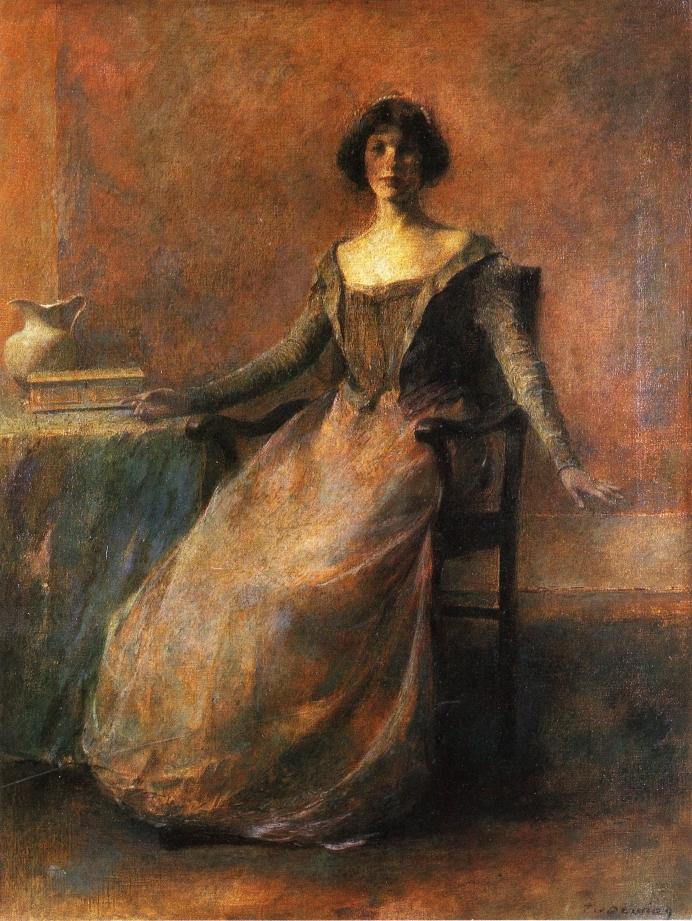 Portrait in a Brown Dress 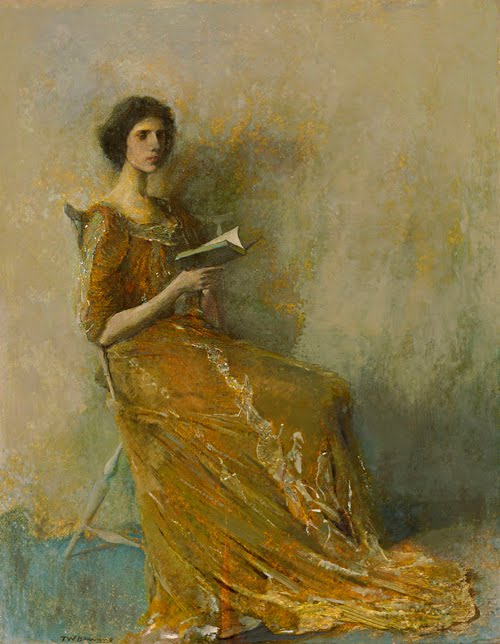 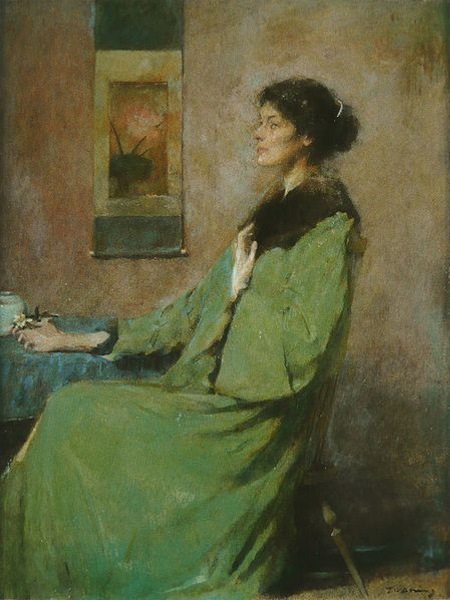 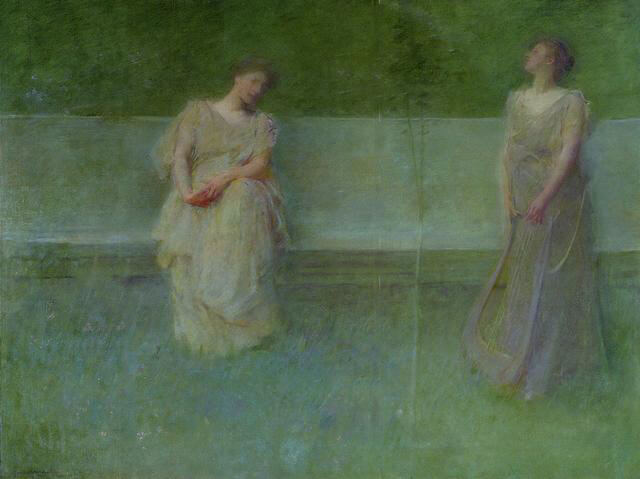 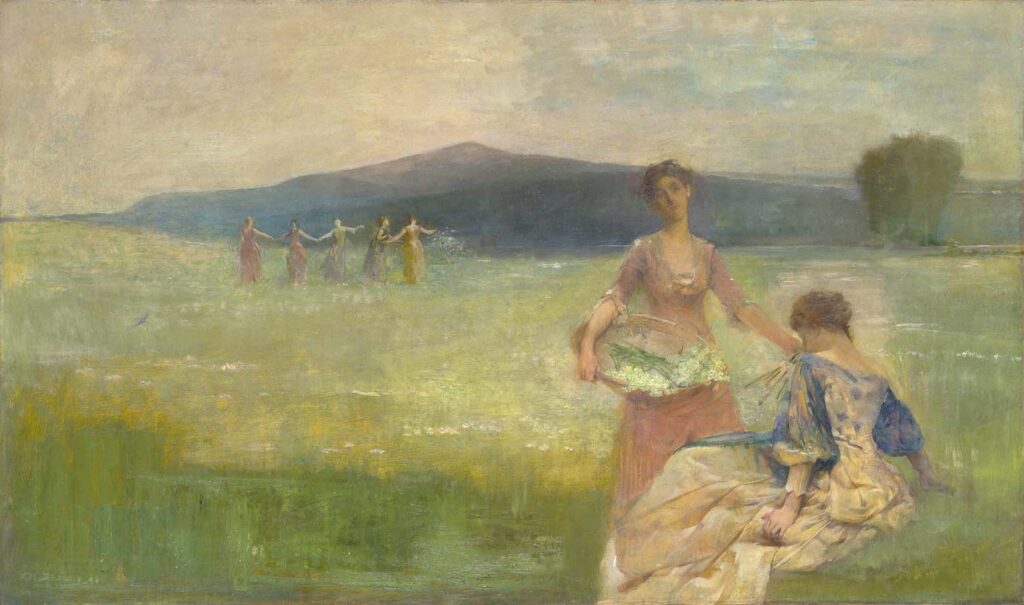 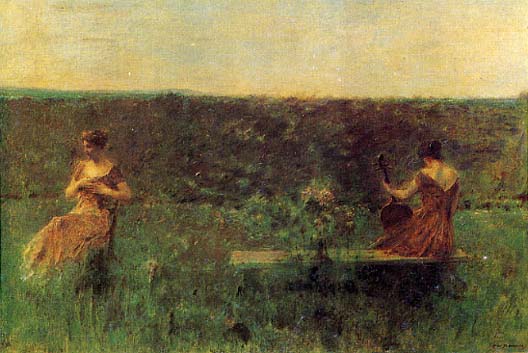 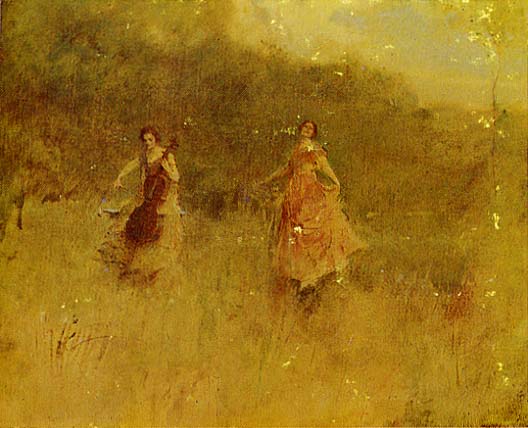 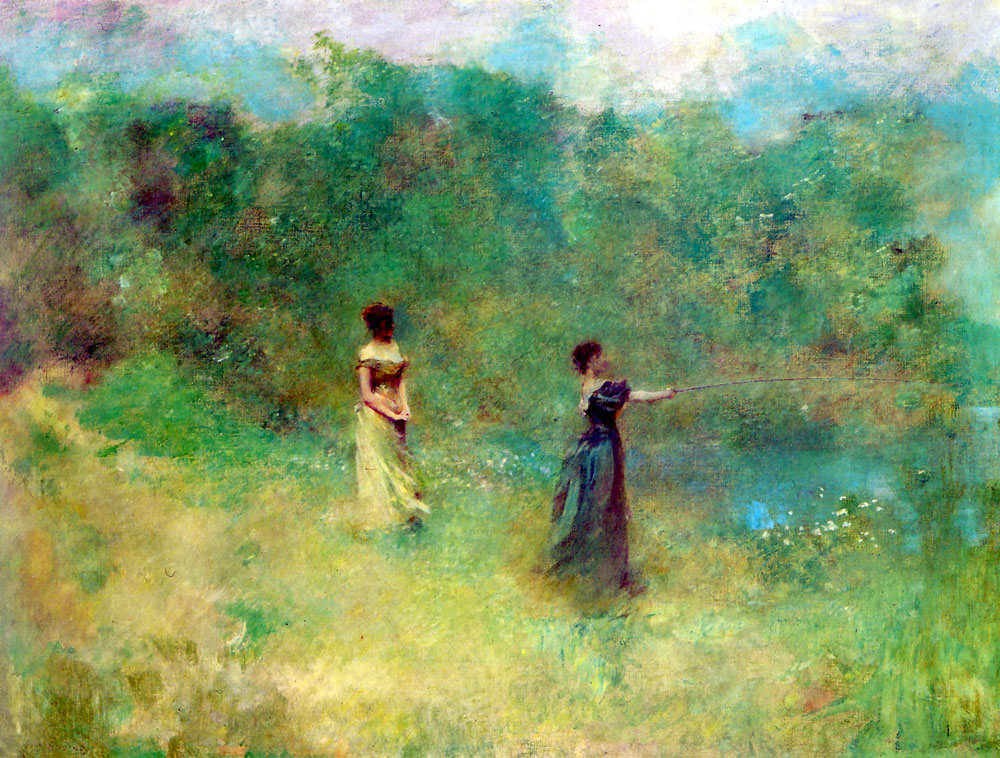 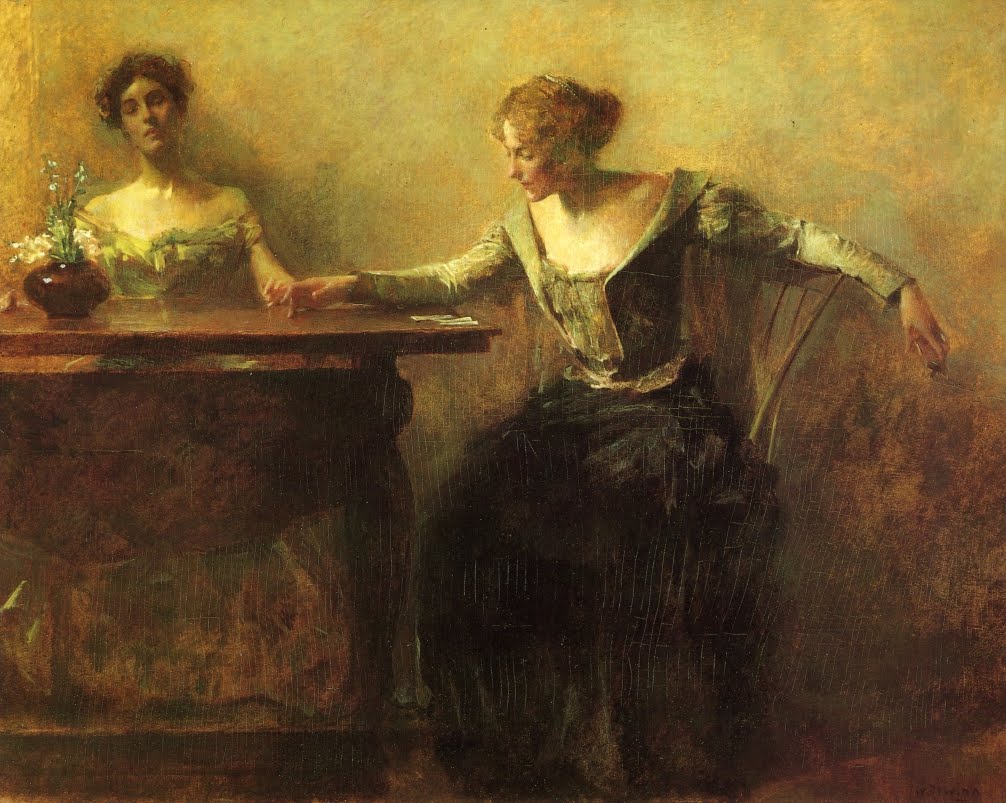 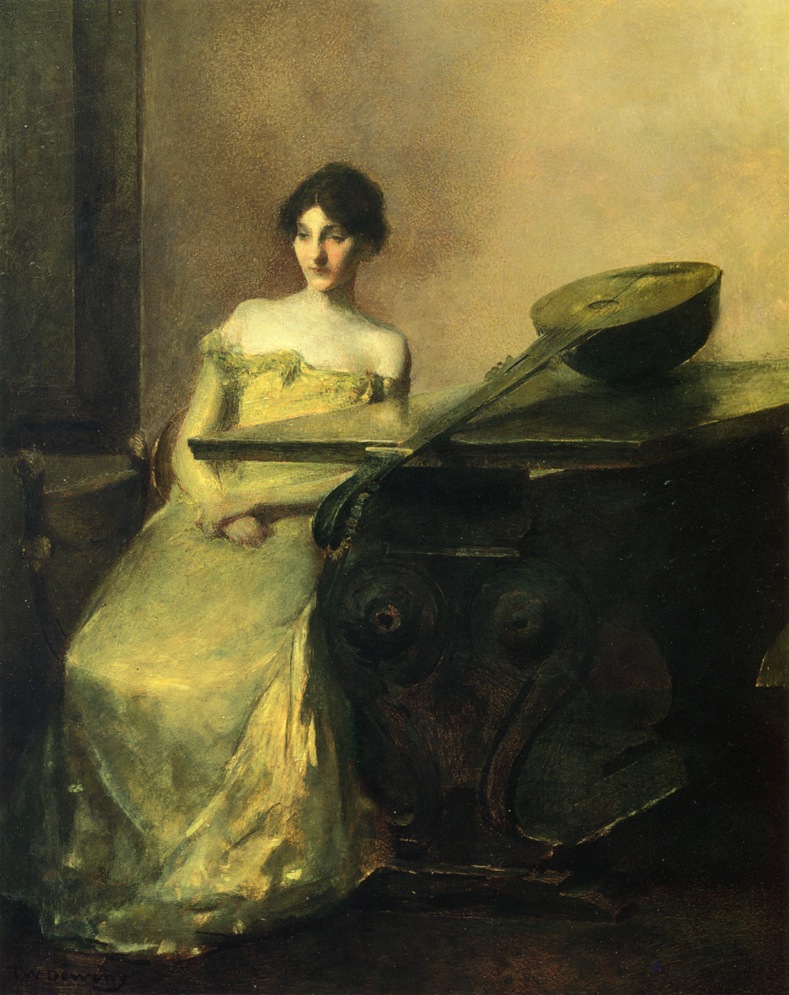 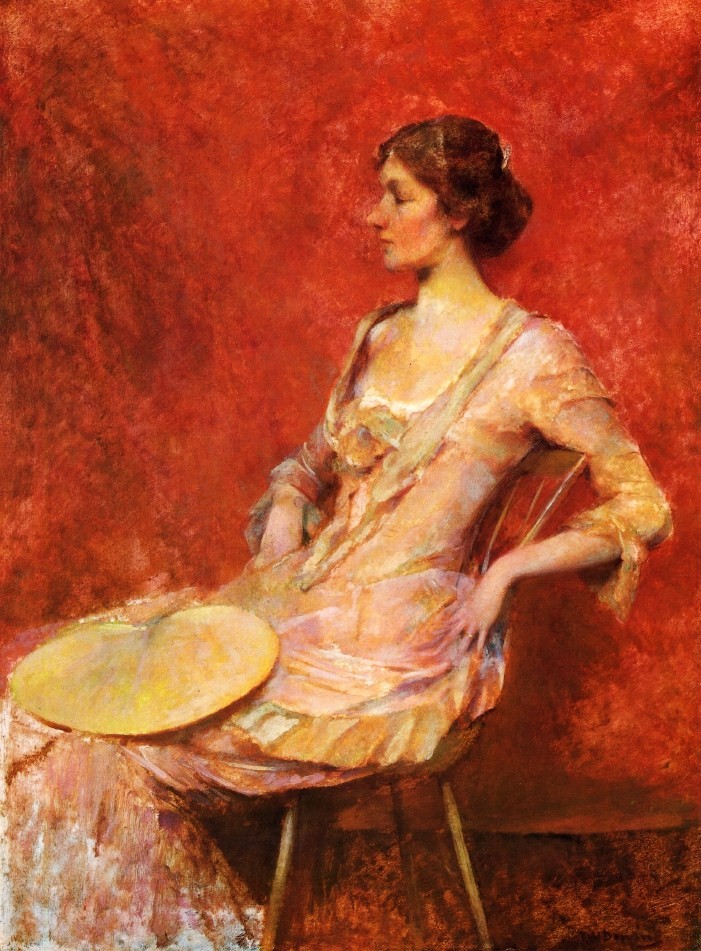 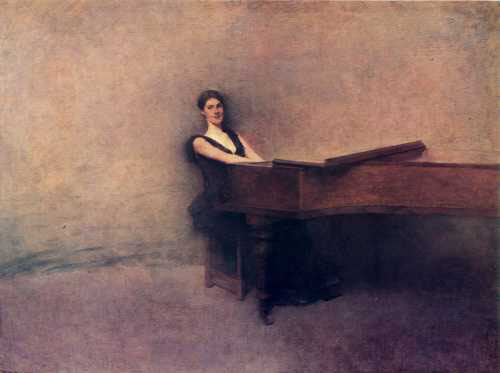 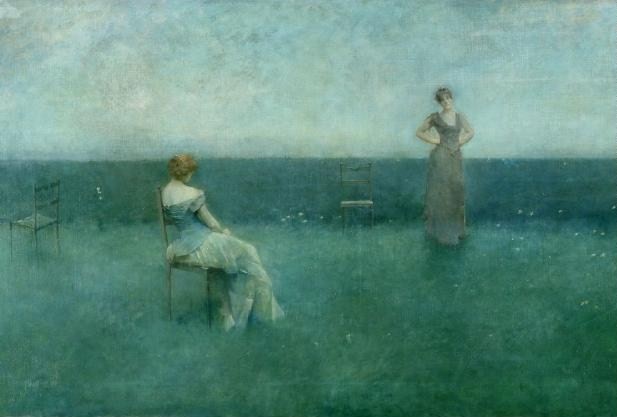 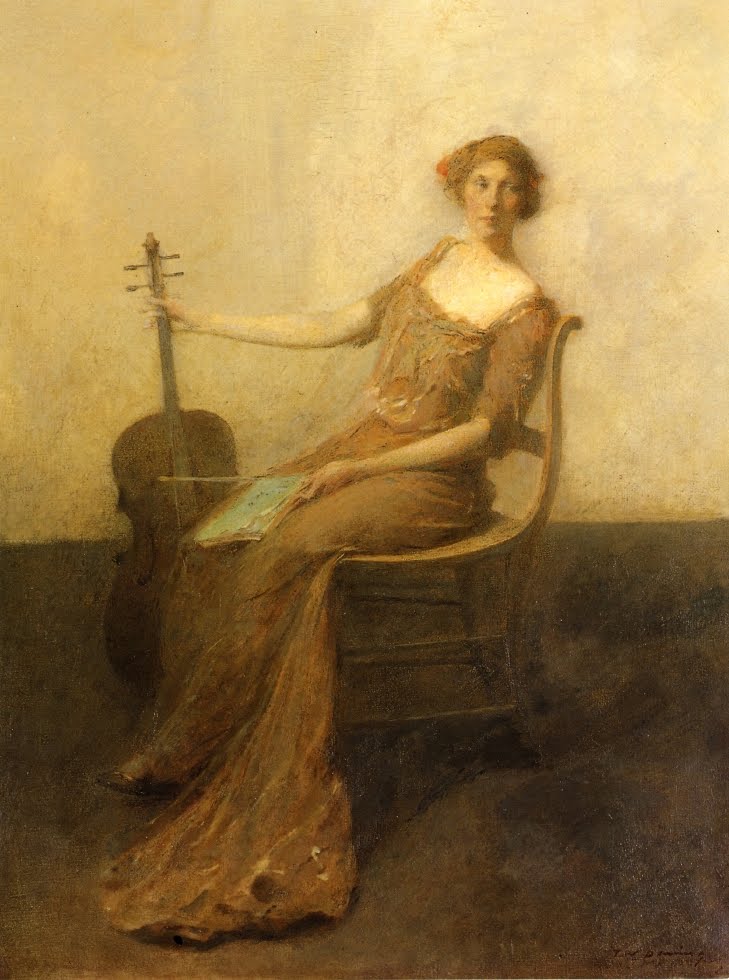