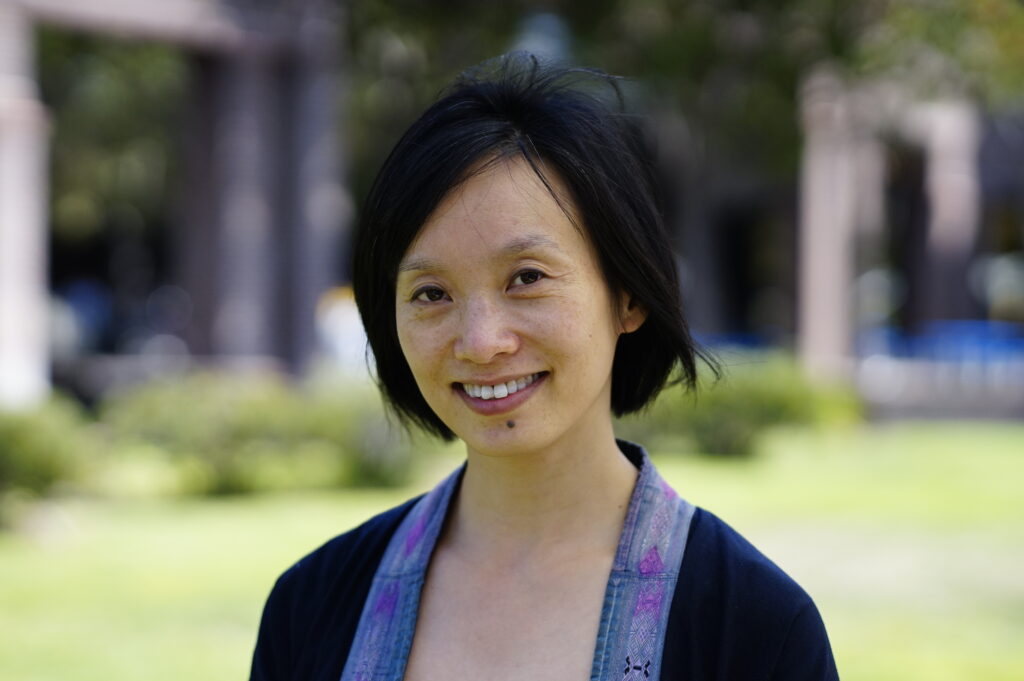 Liu Yingzhao is a Chinese painter born in Heilongjiang province, China, in 1956. Liu studied at Harbin Normal University, graduating with a Bachelor of Arts degree in Oil painting. He furthered his education at Luxun Academy of Fine Arts, obtaining his Master of Fine Arts degree.

Yingzhao’s works are widely recognized and exhibited in England, Japan,  Malaysia, China, and Indonesia. The artist’s paintings have also appeared in several famous publications, such as Art Observer and American Art Collector. Liu and his art have also been featured on television, radio, and other broadcasts in China. Liu currently lives in Brewster, Massachusettes, where he continues to create masterpieces.

What is Liu Yingzhao Known For?

Liu Yingzhao is known for painting photo-realistic still-lifes. No matter how closely the viewer looks, it is nearly impossible to see a brush stroke in Liu’s paintings. Such is the expertise of Yingzhao in the oil painting medium. Fruits and flowers are the most common subjects of his works, surrounded by antiquities and full of beauty and color.

Who was Liu Yingzhao Influenced By?

Yingzhao has named no direct influence from an artist or their works. However, Magical Realism is quite common among Chinese artists. Artists who paint in a similar style include Shen Shubin and Mo Han.

What Art Movement is Liu Yingzhao Associated With?

Liu Yingzhao is associated with the Magical Realism art movement.

Below are some of the artworks of Liu Yingzhao 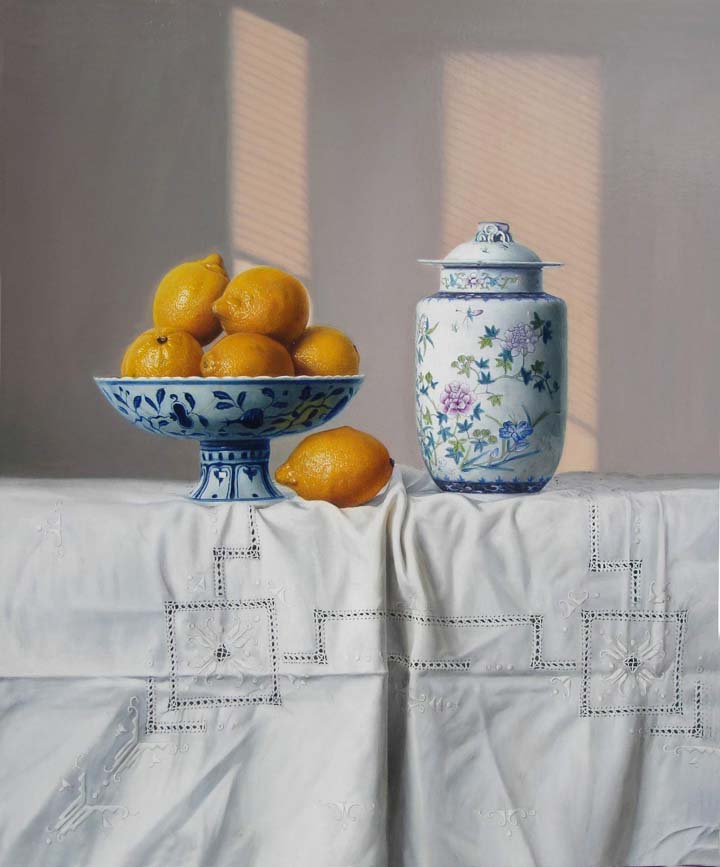 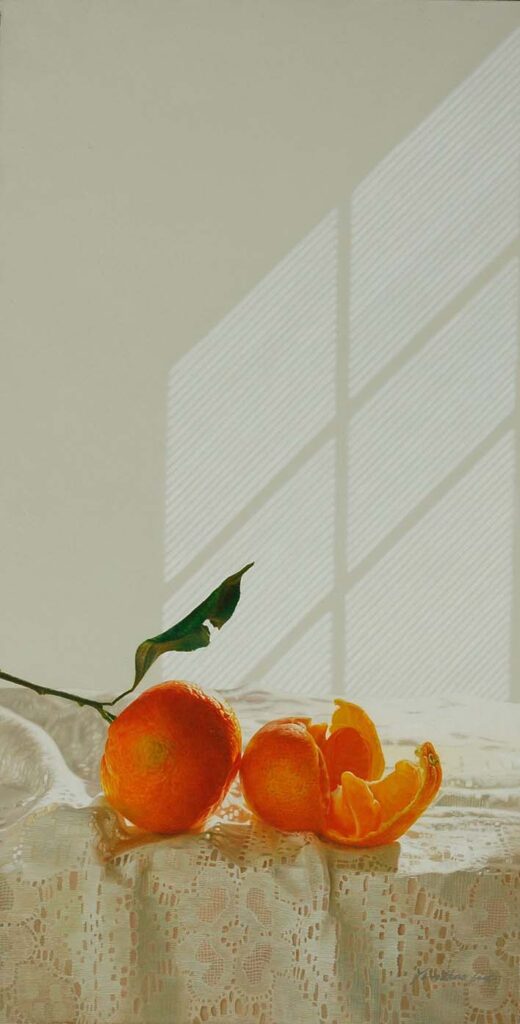 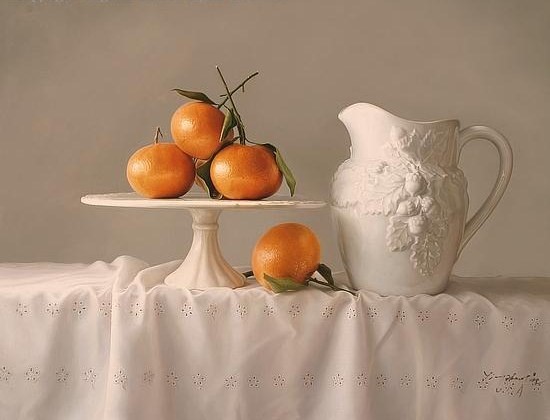 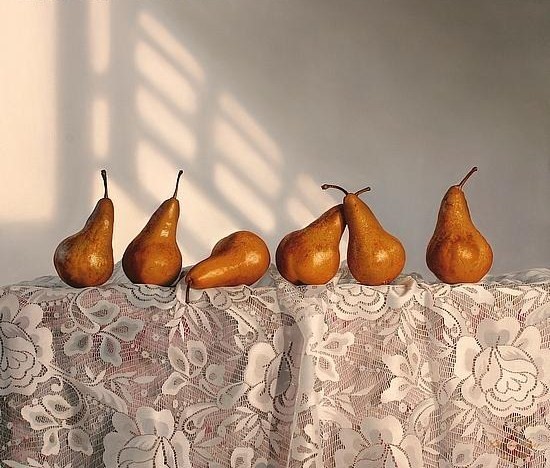 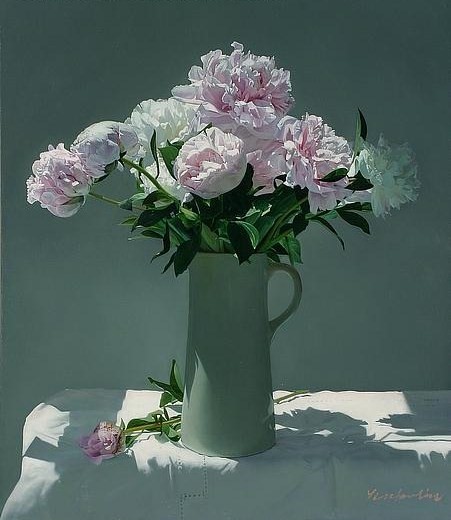 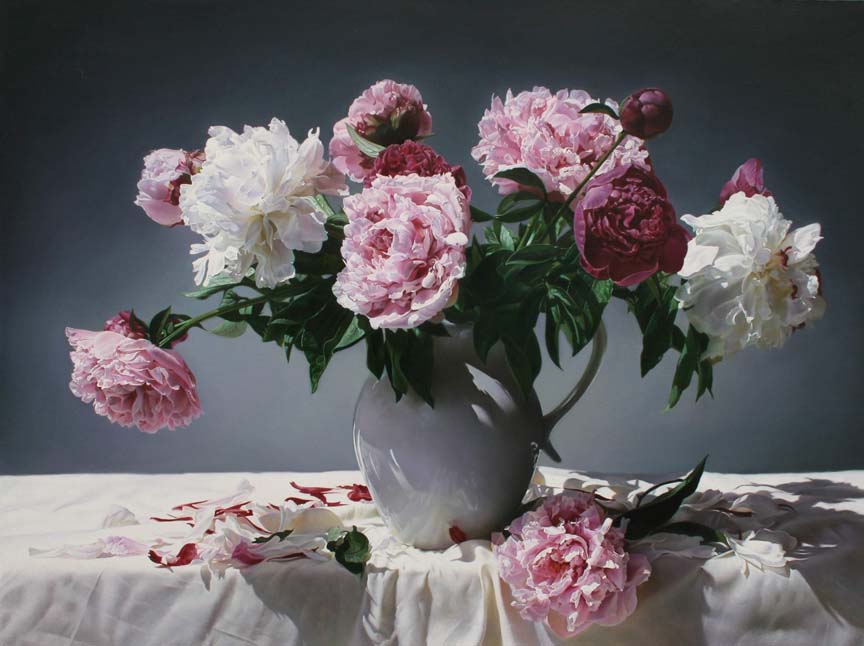 Pitcher of Red and White Roses 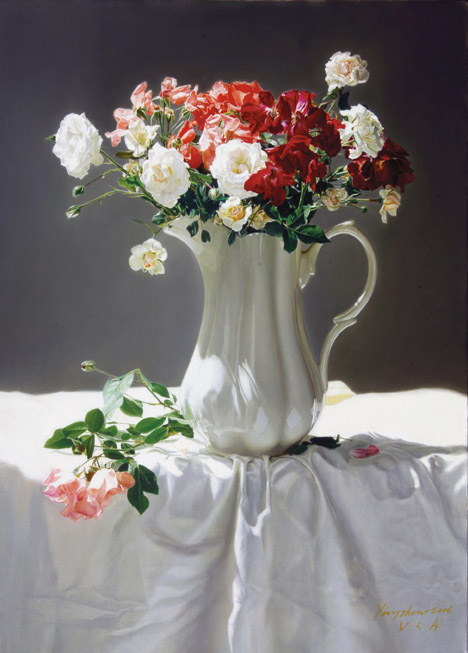 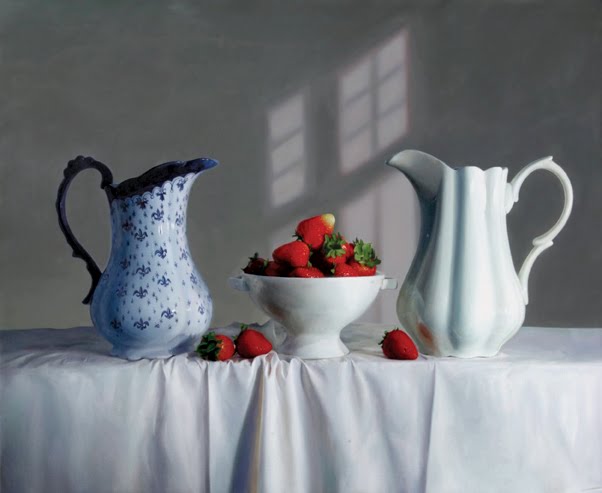 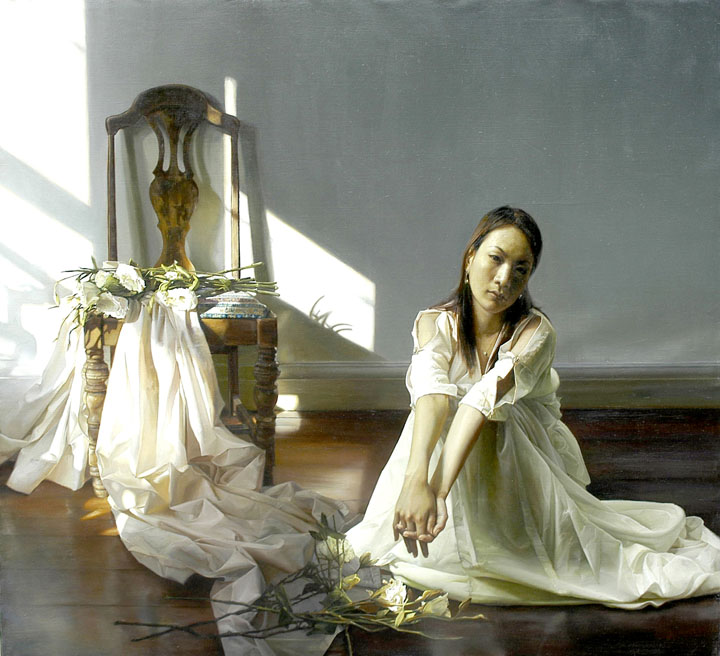 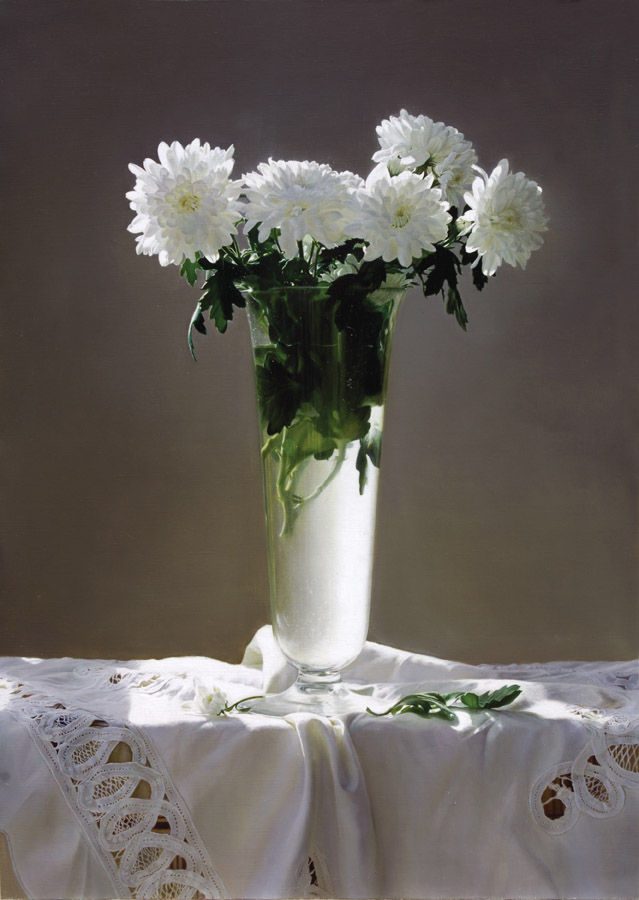 Woman Before a Building 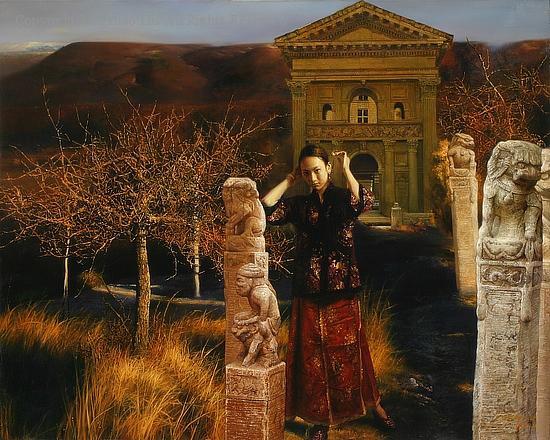