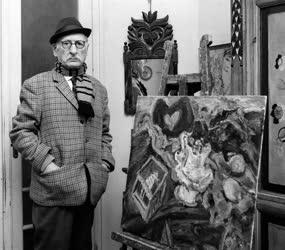 Frank Frigyes was born in Budapest on 19 August 1890.  Frigyes’ father was a clerk, but he decided to become a painter. Frigyes’s formal training began at the Hungarian College of Fine Arts in 1908 where he was a student under Ede Balló, Aladár Illvi Aladár, and Tivadar Zemplényi. Frank then enrolled at the Munich Academy, studying under Angelo Frank between 1911 and 1914.

Frank Frigyes got married in 1920 to Frankel Margit, the woman who became the subject of many of his portraits. Frigyes’ first exhibitions of his work happened in 1911 when he exhibited in the Art Gallery and National Salon in Hungary.

Frank has participated in many solo and group exhibitions in France, Hungary, Germany, and Italy, and he has won many notable awards for his paintings. Frigyes won the Halid Izidor Award at the Art Gallery Winter Exhibition in 1916 and the Golden Degree of the Order of Merit in 1975.

What was Frank Frigyes Known For?

Frank Frigyes was known for his still-life paintings and portraits that he brought to life with vibrant brushstrokes and beautiful colors. The subjects of Frank’s paintings include himself, flowers in a vase, and his wife doing random poses-a character he called Mimi.

Who was Frank Frigyes Influenced By?

Frank Frigyes was influenced by his wife, the subject of several portraits he painted. Famous painters of the 1900s like Pablo Picasso and Henri Matisse also influenced Frank Frigyes’ exceptional work.

What Art Movement was Frank Frigyes Associated With?

Frank Frigyes is associated with the Post-Impressionism and Cubism art movements.

Frank Frigyes continued painting until his death in October 1976. Below are some of Frigyes artworks: 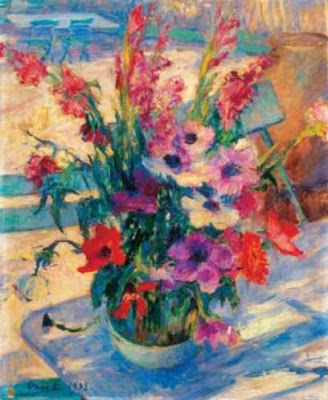 Still life on a Red Tablecloth 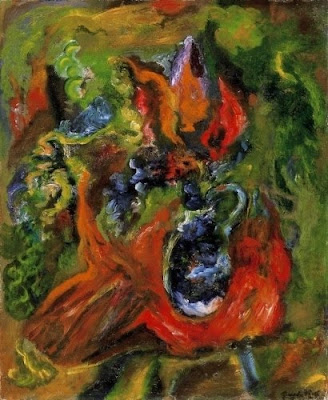 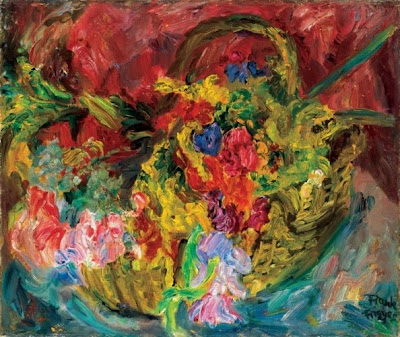 Flowers In A Pitcher 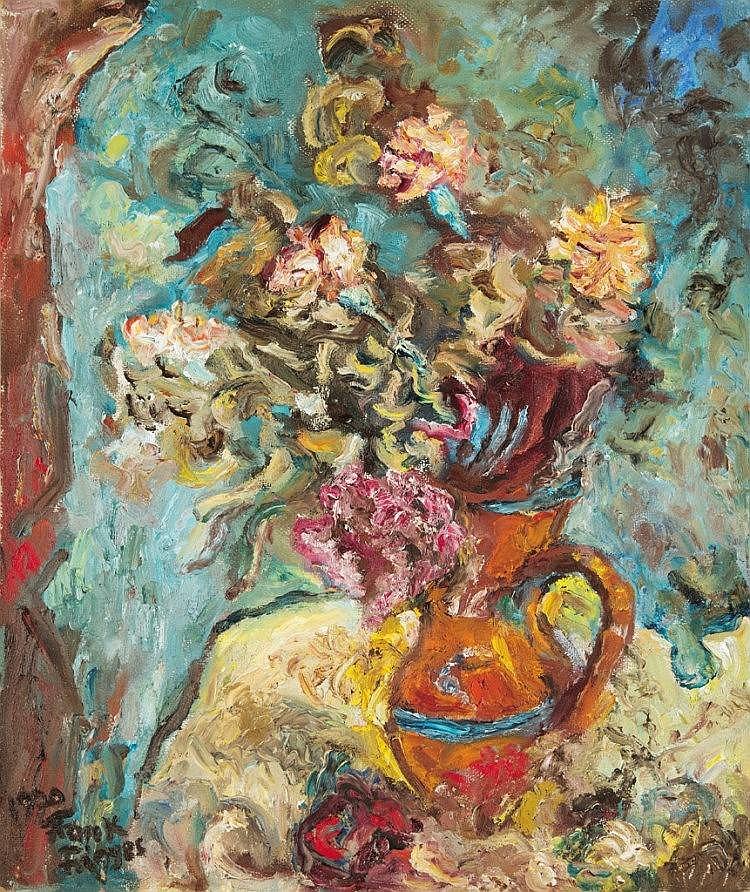 Flowers In A White Vase 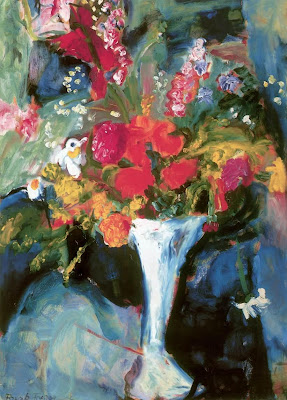 Flowers of the Summer 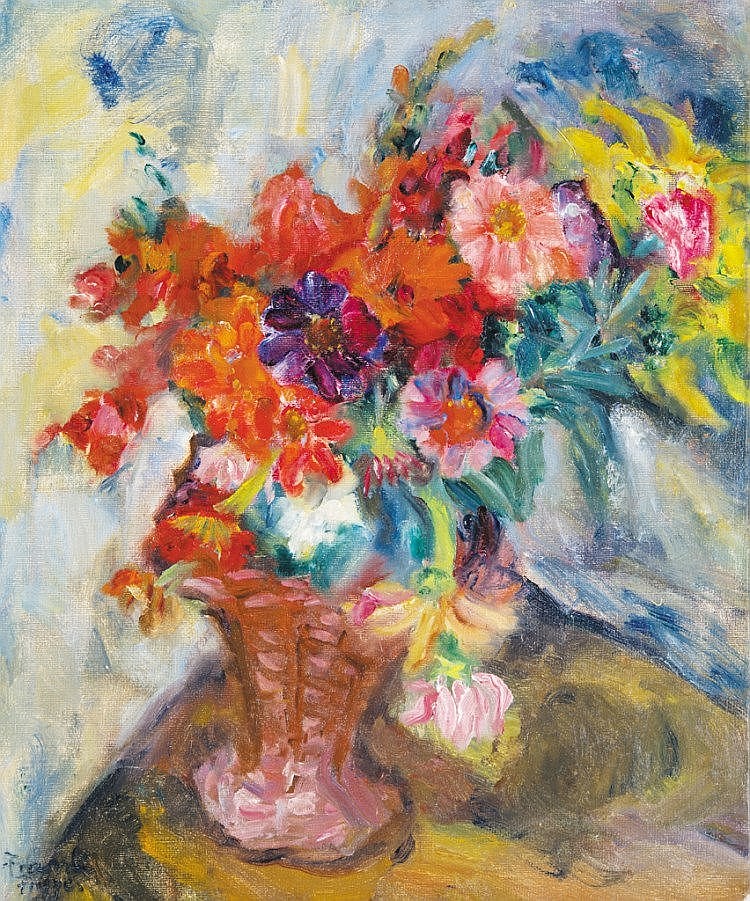 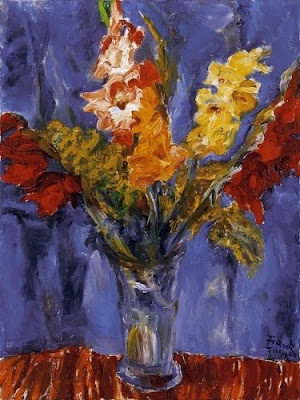 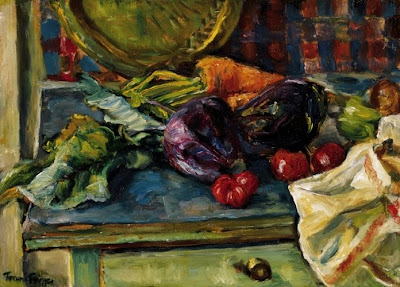 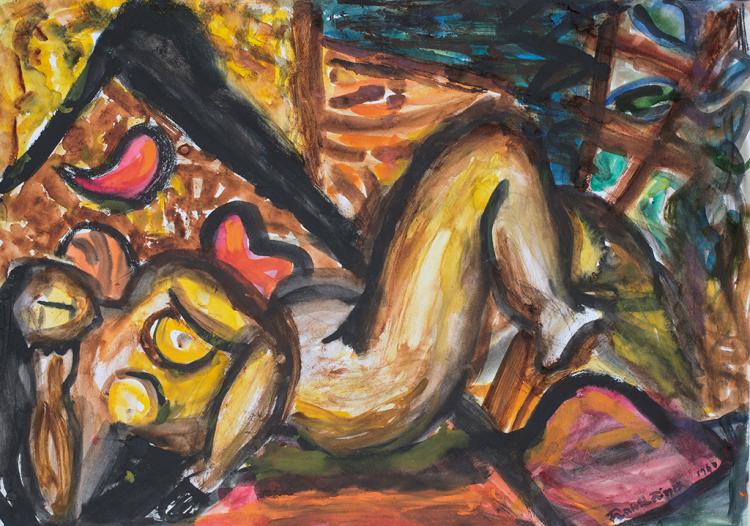 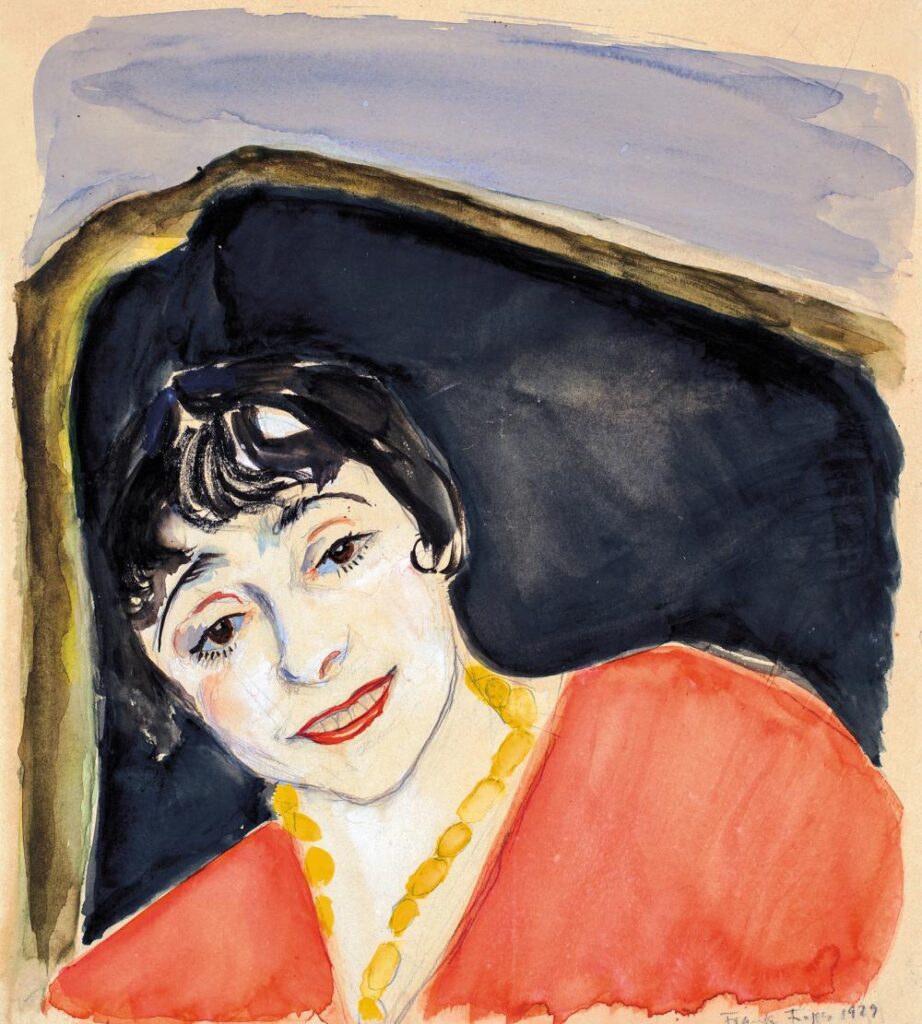 Self Portrait With Hat 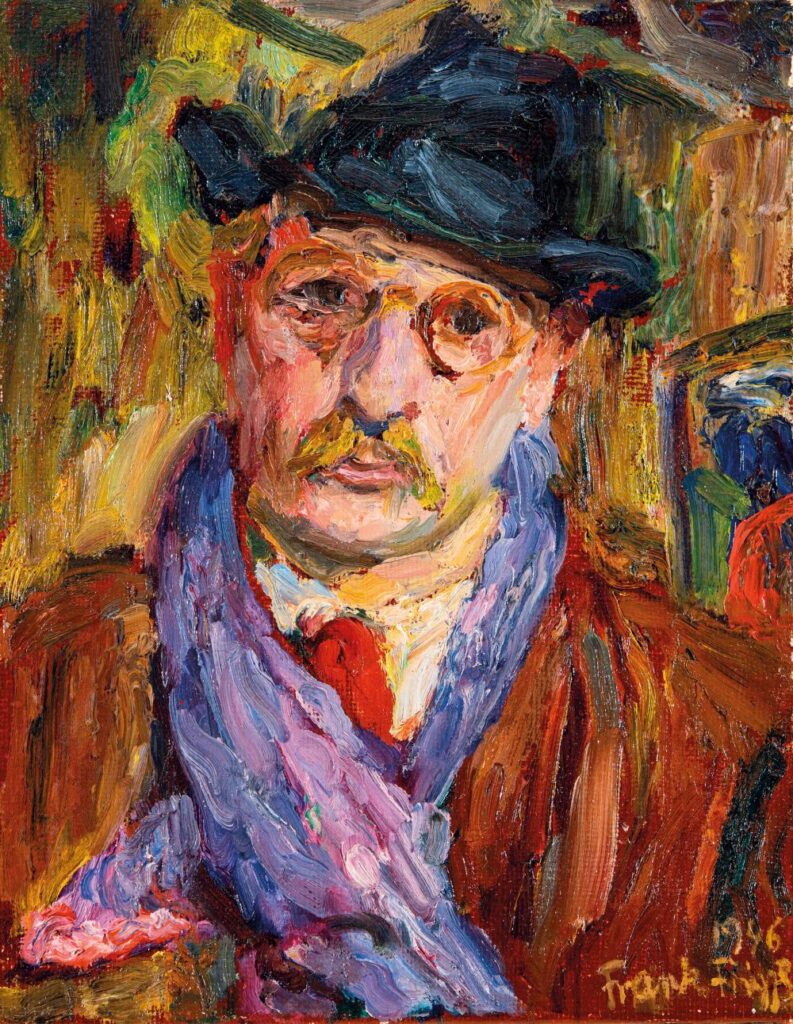 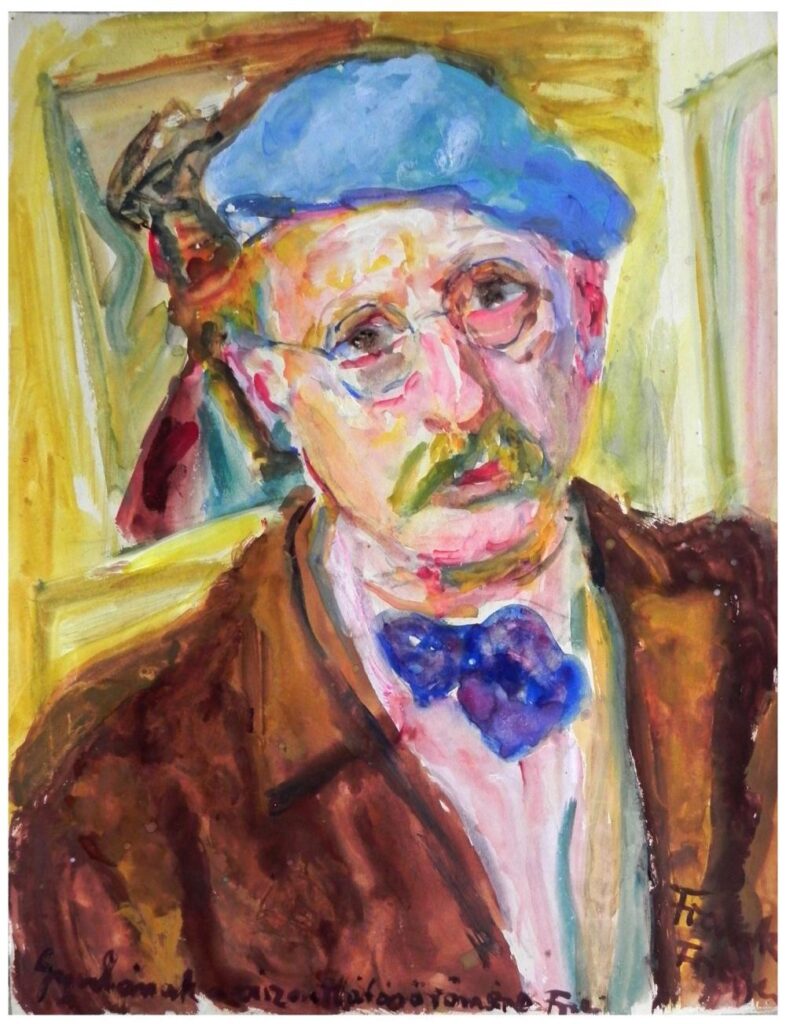 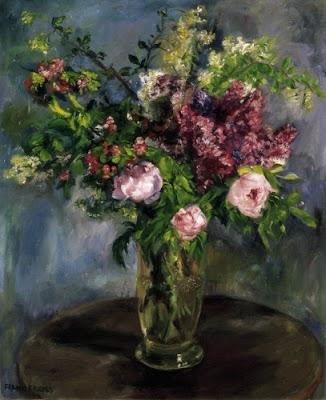 Still Life with Flowers in a Blue Vase 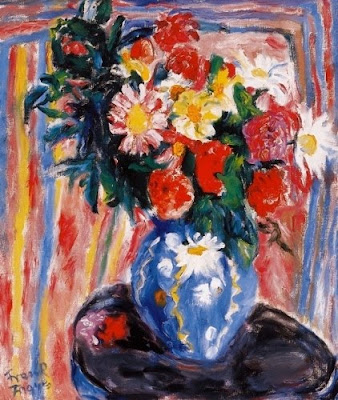 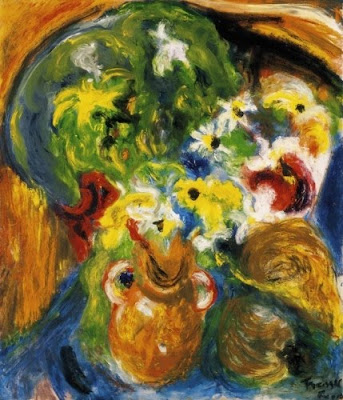 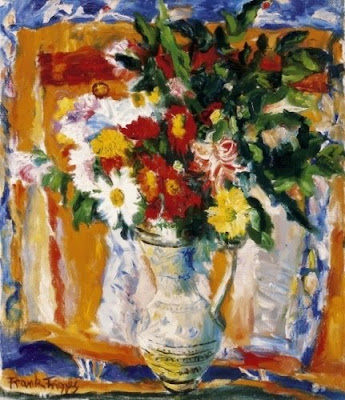 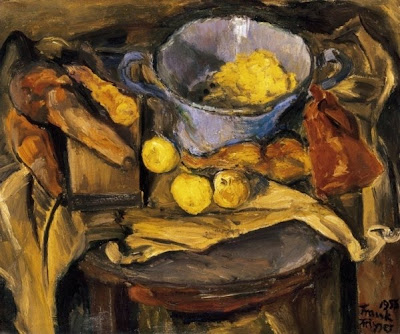 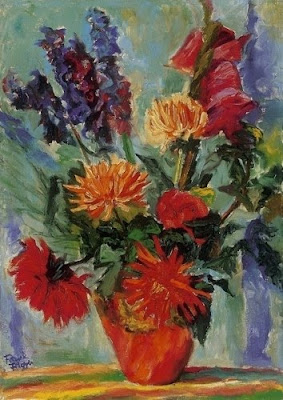 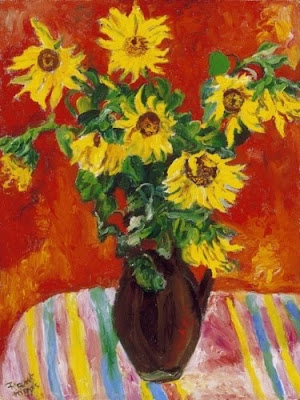