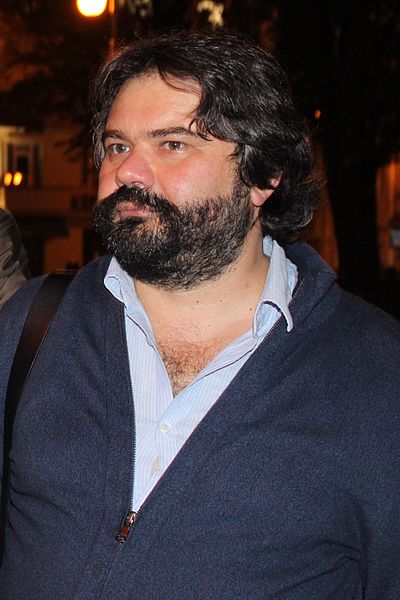 Roman Zaslonov is a Belarussian Postwar painter born on 27 August 1962 in Minsk, Belarus. Enchanted by the Russian painting style, Zaslonov created his first painting using similar techniques when he was twelve. Roman’s first artwork was of a squirrel coming down from a tree, fed by a boy and an aged man. He then decided to pursue an art career.

Roman Zaslonov enrolled at the Russian Academy of Fine Arts in Minsk, studying there for thirteen years. After graduating, he moved to France, where he continued painting. In 1997, Zaslonov won first prize at the Salon d’Automne, which brought him into the limelight.

Roman Zaslonov has participated in numerous solo and group exhibitions at The Affordable Art Fair in New York, the Mary Bell Galleries in Illinois, and the La Biennale di Venezia in Italy. In addition, Roman’s artworks are displayed in museums and private collections. Zaslonov currently lives and works in France.

What is Roman Zaslonov Known For?

Roman Zaslonov is known for his paintings of a female figure with red, long hair. Zaslonov expressed his admiration for female beauty, painting the female subject character with grace and charm. He uses oil on canvas and a mix of vibrant colors to bring the subject’s beauty to life. The woman, in her elegance, is usually surrounded by men who are musicians, painters, etc.

Who was Roman Zaslonov Influenced By?

Roman Zaslonov was influenced by Mikhail Nesterov, one of the first Russian Symbolist art exponents. As a child, Zaslonov studied the works of the Soviet painter and became engrossed in them. He would use the artist’s techniques and style to create his work, which eventually impacted Zaslonov’s painting style.

Below are some of Roman Zaslonov’s artwork 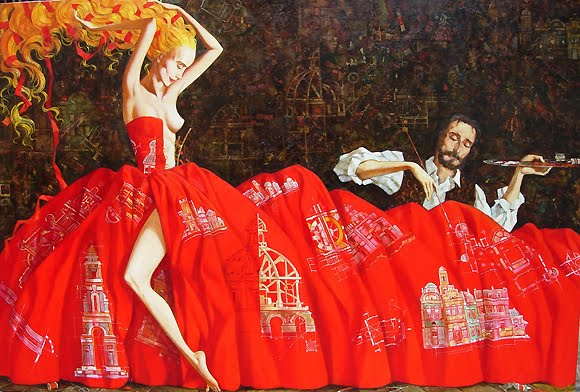 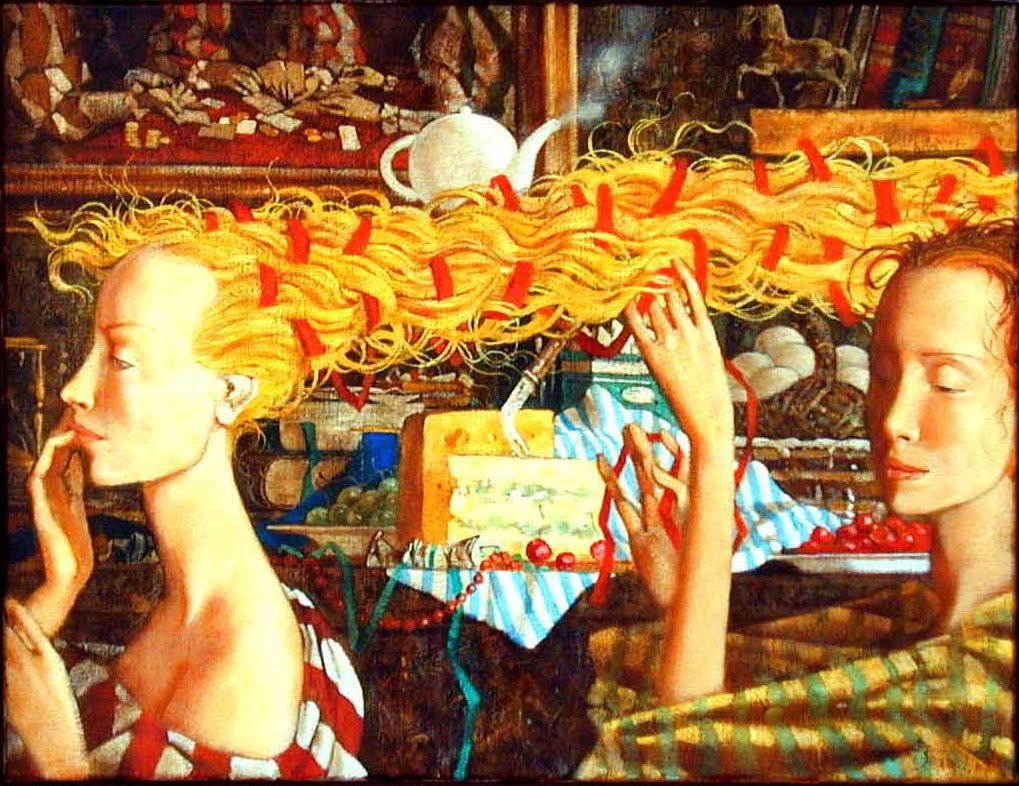 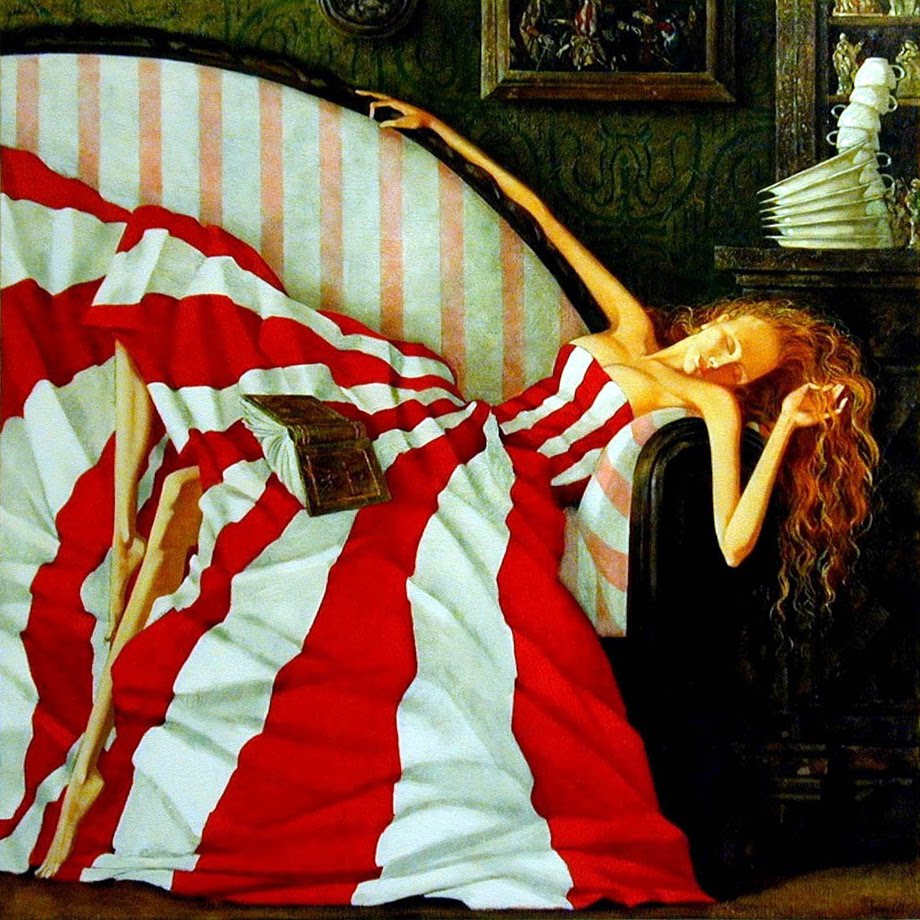 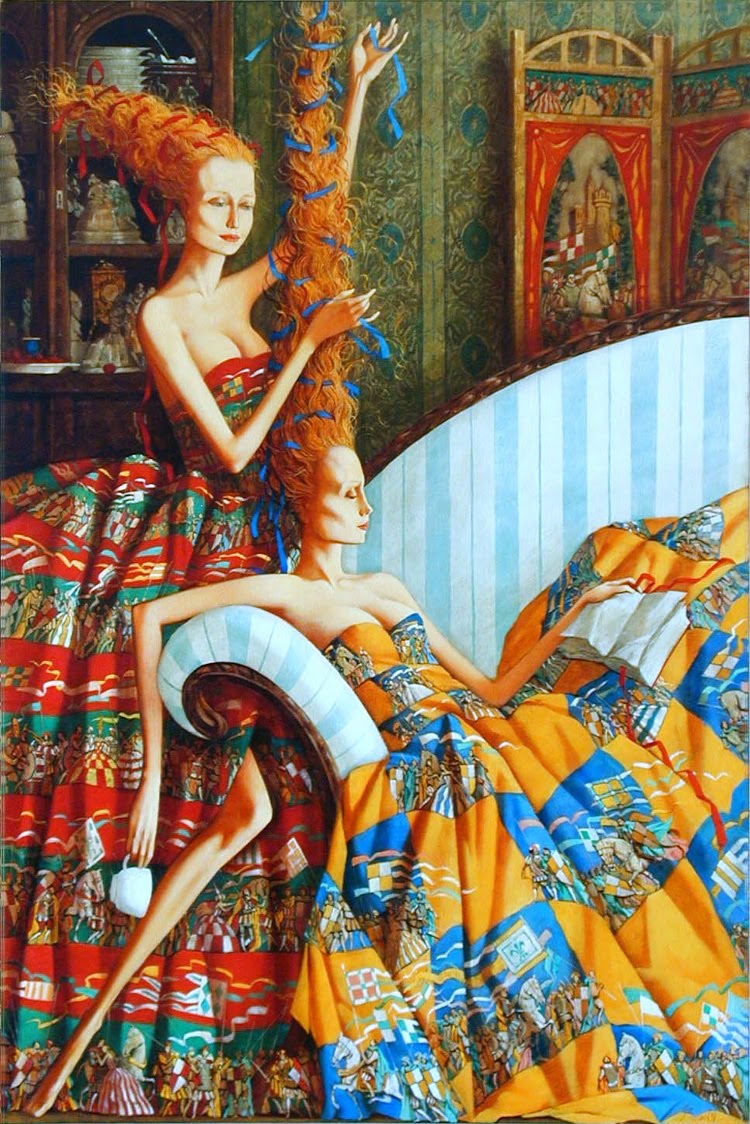 Model and the Artist 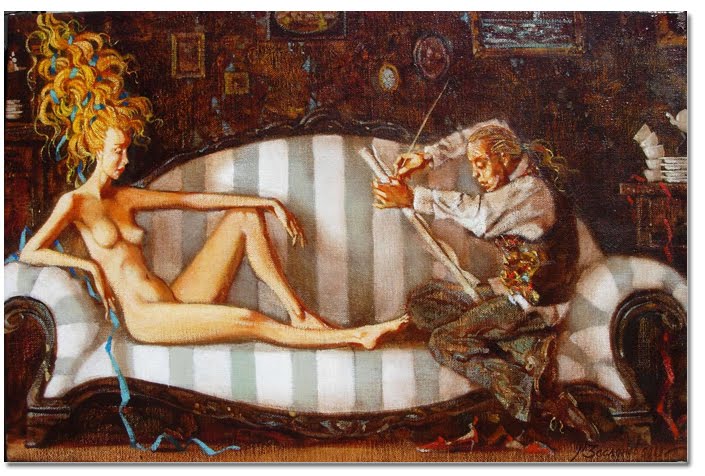 On the Gray Couch 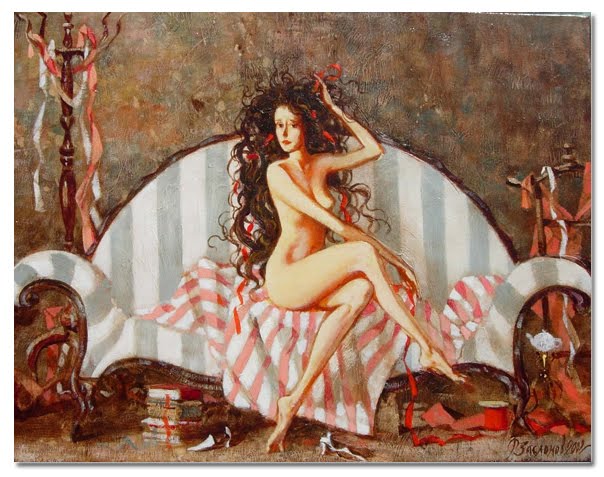 On the Pink Sofa 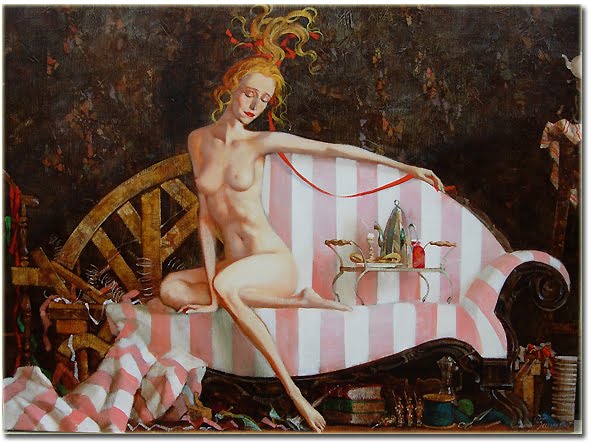 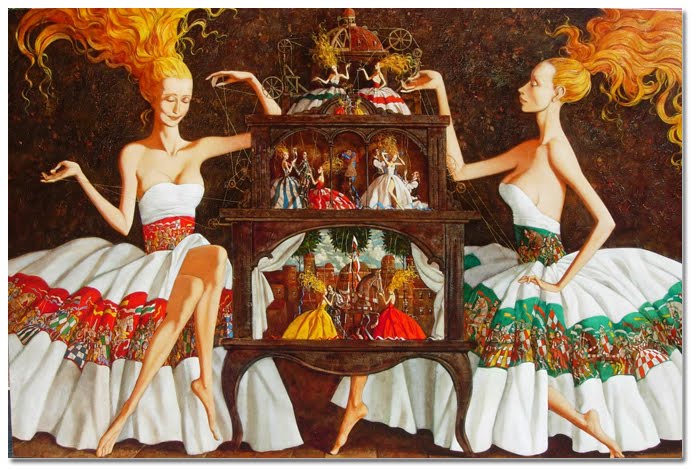 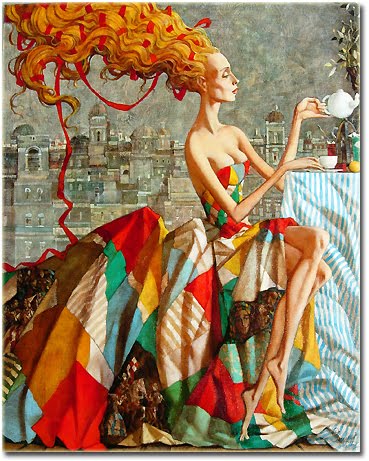 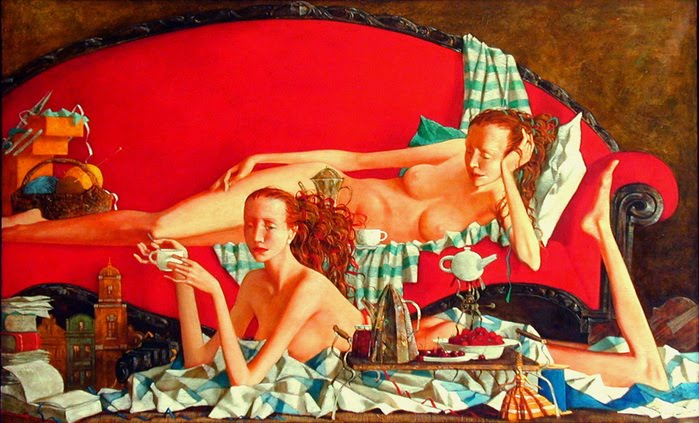 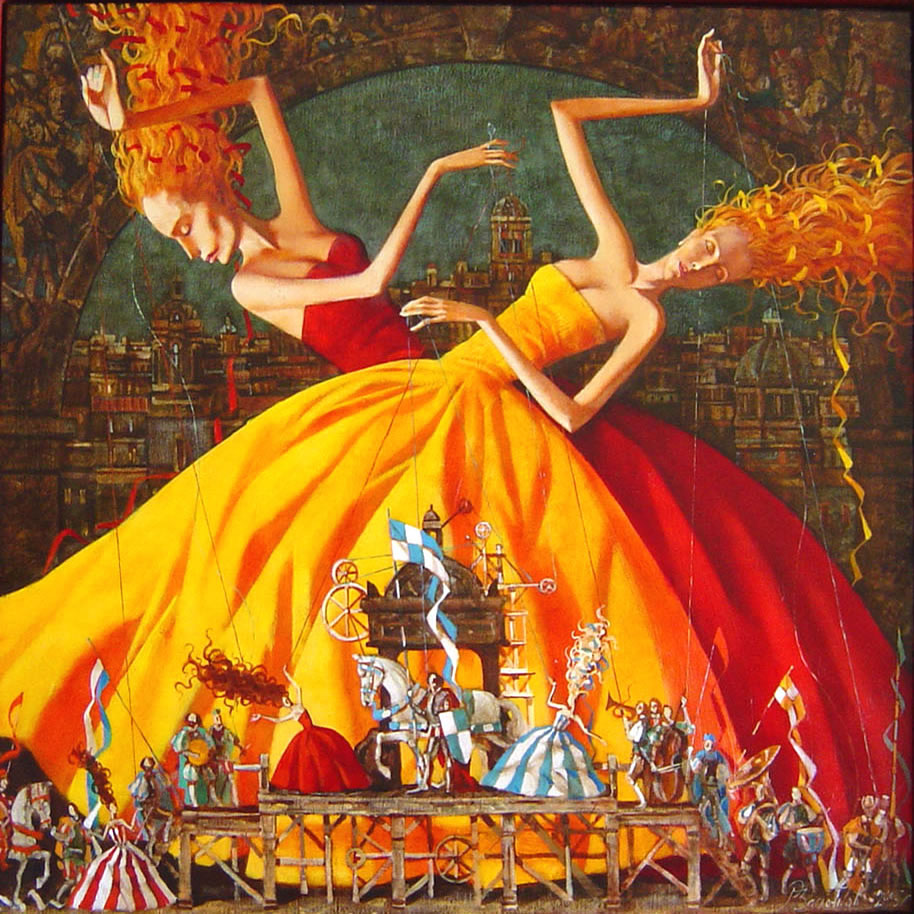 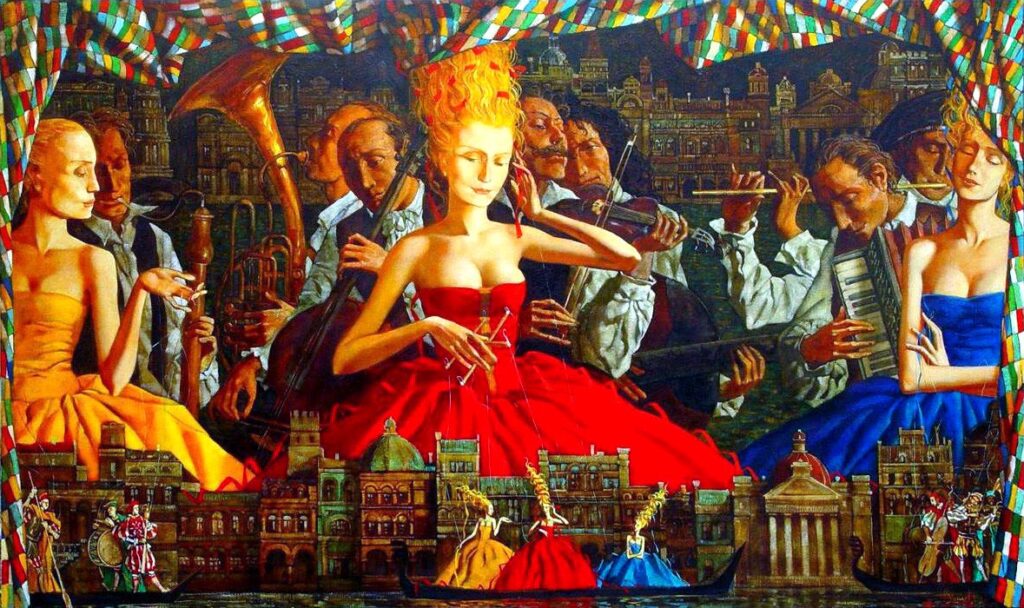