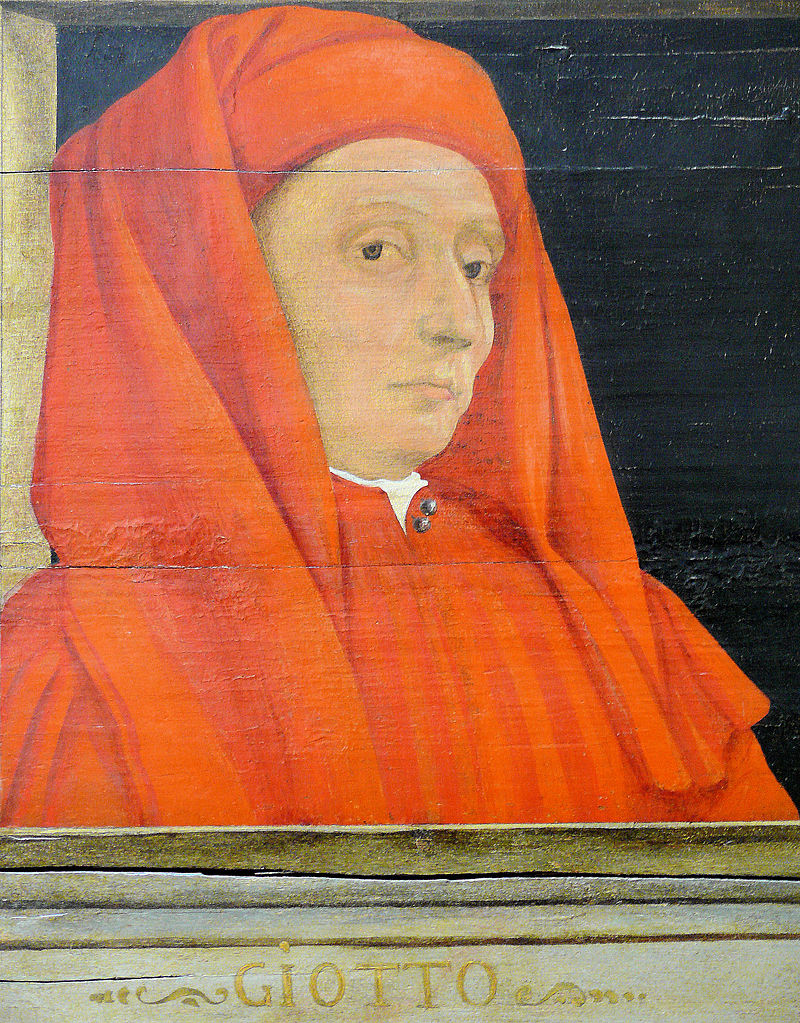 Giotto di Bondone, known simply as Giotto, was an Italian painter and architect from Florence, Italy.  Giotto was born circa 1267 in Florence, and is known for being the first of the Italian Master painters.  His work was the first to paint his subjects “according to nature”, and broke away from the Byzantine-era painting.  Giotto’s painting style is thought to have ushered in the Proto-Renaissance era of painting.

What is Giotto Known For?

Giotto is known for being the first of the great Italian masters, and ushering in Renaissance-era painting.  His works broke away from Byzantine era painting and were much more realistic, showing subjects as they appear in nature, and not with the Byzantine-esque gold backdrops, for example.

What is the biggest contribution of Giotto in painting?

Giotto’s most well known masterpiece is the Scrovegni Chapel (also known as the Arena Chapel), in Padua, Italy.  The work is a fresco cycle, which depicts the Life of the Virgin Mary and the Life of Jesus Christ.

Who was Giotto Influenced By?

Giotto was influenced by Cimabue, who, legend has it, discovered and mentored Giotto.  Cimabue (original name: Bencivieni di Pepo), was an Italian painter and the last great Byzantine-era Italian painter.  Legend has it that Cimabue discovered Giotto painting life-like images when Giotto was a young man.  The images were so life-like and impressive that Cimabue took Giotto under his wing as an apprentice.   These reports, however, are under some scrutiny, and may simply be legend, and not fact.

Very little evidence exists to confirm his early life and his influences, so the reports of his relationships with Cimabue are very speculative.  These reports originally come from “Lives of the Most Excellent Painters, Sculptors, and Architects“, by 16th century Italian painter Giorgio Vasari.

What Art Movement is Giotto Associated With?

When and Where did Giotto die?

Giotto died in 1337.  He was reportedly buried in the Church of Santa Reparata in Florence, Italy.

In the 1970’s bones were excavated from beneath the Church of Santa Reparata.  In the year 2000 the bones were examined forensically, and they were found to contain chemicals such as arsenic and lead.  These chemicals are commonly found in paint, thus is was thought that the bones belonged to a painter or artist.

Additionally, the bones were those of a very short person.  The skeleton was just over 4 feet tall, and likely belonged to a person with dwarfism.  Giotto was thought to be a dwarf, and this provided further evidence that the bones were in fact those of Giotto.