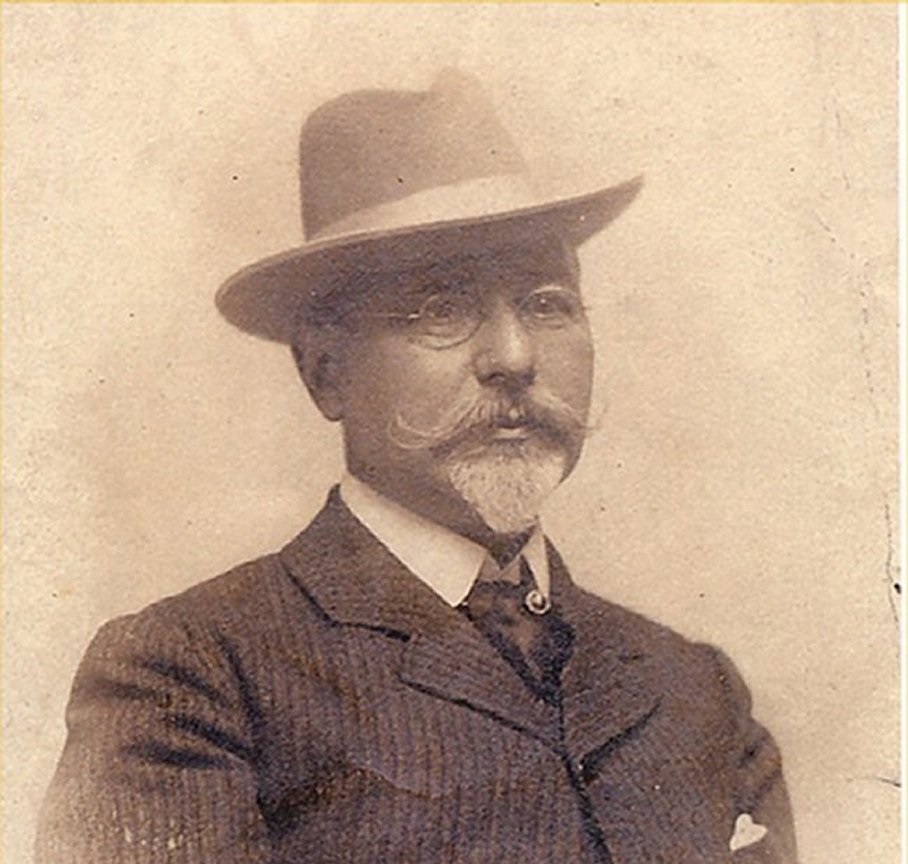 Ettore Roesler Franz was an Italian watercolorist and painter known for being one of Italy’s best due to his mastery of the watercolor technique. Franz’s “Roma Sparita” is his most popular work as it depicted areas in Rome that were disappearing due to modernization and urbanization. Franz went to Accademia di San Luca when he was 18 years old for his artistic studies. Born on the 11th of May, 1845 in Rome to a family of German ancestry, Franz was the Founder and President of the Society of Watercolor Artists in Rome. He died on the 26th of March, 1907 at his Piazza San Claudio home.

What Did Ettore Roesler Franz Paint About?

Ettore Roesler Franz painted countryside scenes and the lucidity of skies and water. Franz was intent to provide evidence of the time period he was in and so explored and portrayed cities that were disappearing, have disappeared or were being reborn due to urbanization. Thus, Franz has been dubbed “the painter of landscape and memory”.

Who Was Ettore Roesler Franz Influenced By?

Ettore Roesler Franz was influenced by his cousin, Giuseppe, who was a watercolor painter who passed away at the young age of thirteen. At this time, Franz became interested in watercolor prior to becoming a professional painter.

Ettore Roesler Franz’s artwork has been featured in 23 exhibitions in different parts of the world, these include London, Paris, Berlin, Netherlands, Belgium, and St. Petersburg while forty-six exhibitions have been held in Italy. Franz’s creations are in museums and royal collections in Australia, Argentina, and Alaska. Below are a few of his watercolors. 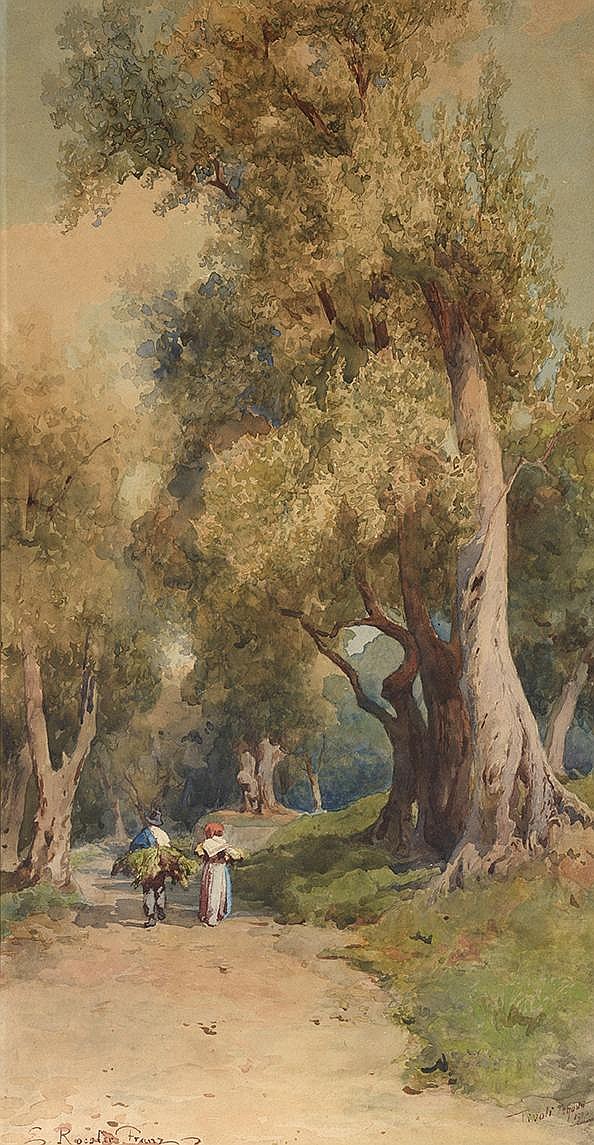 “The Temple of Vesta in Rome“ 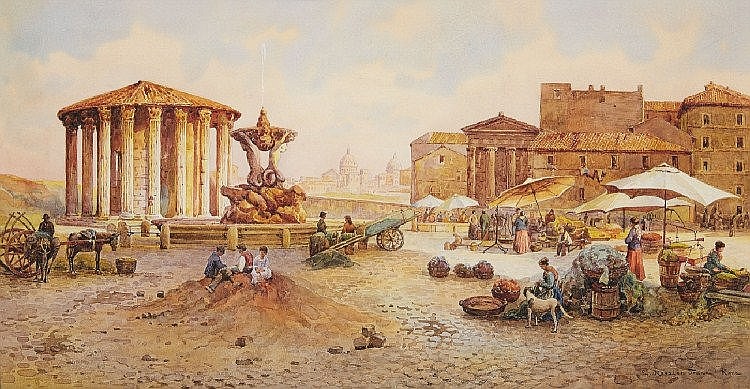 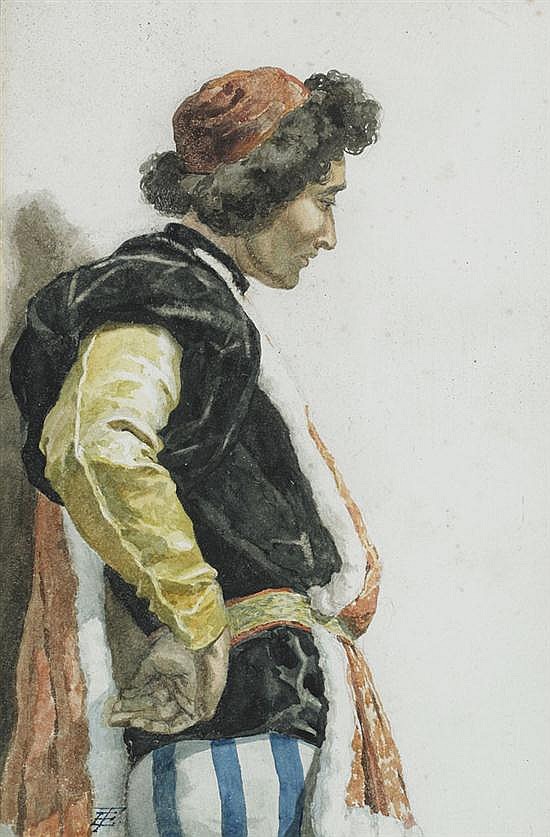 “View across an open landscape”

“View of  the roman campagna“ 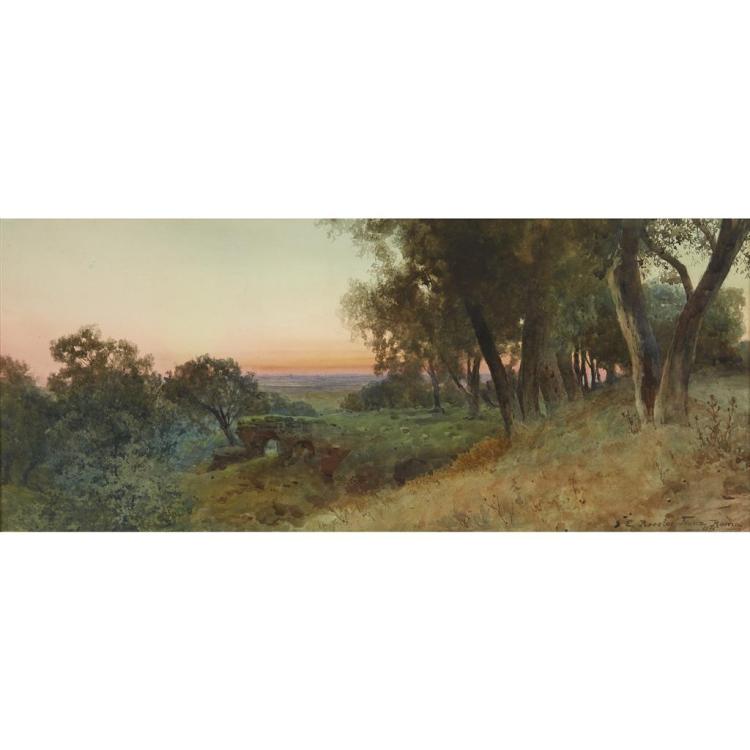 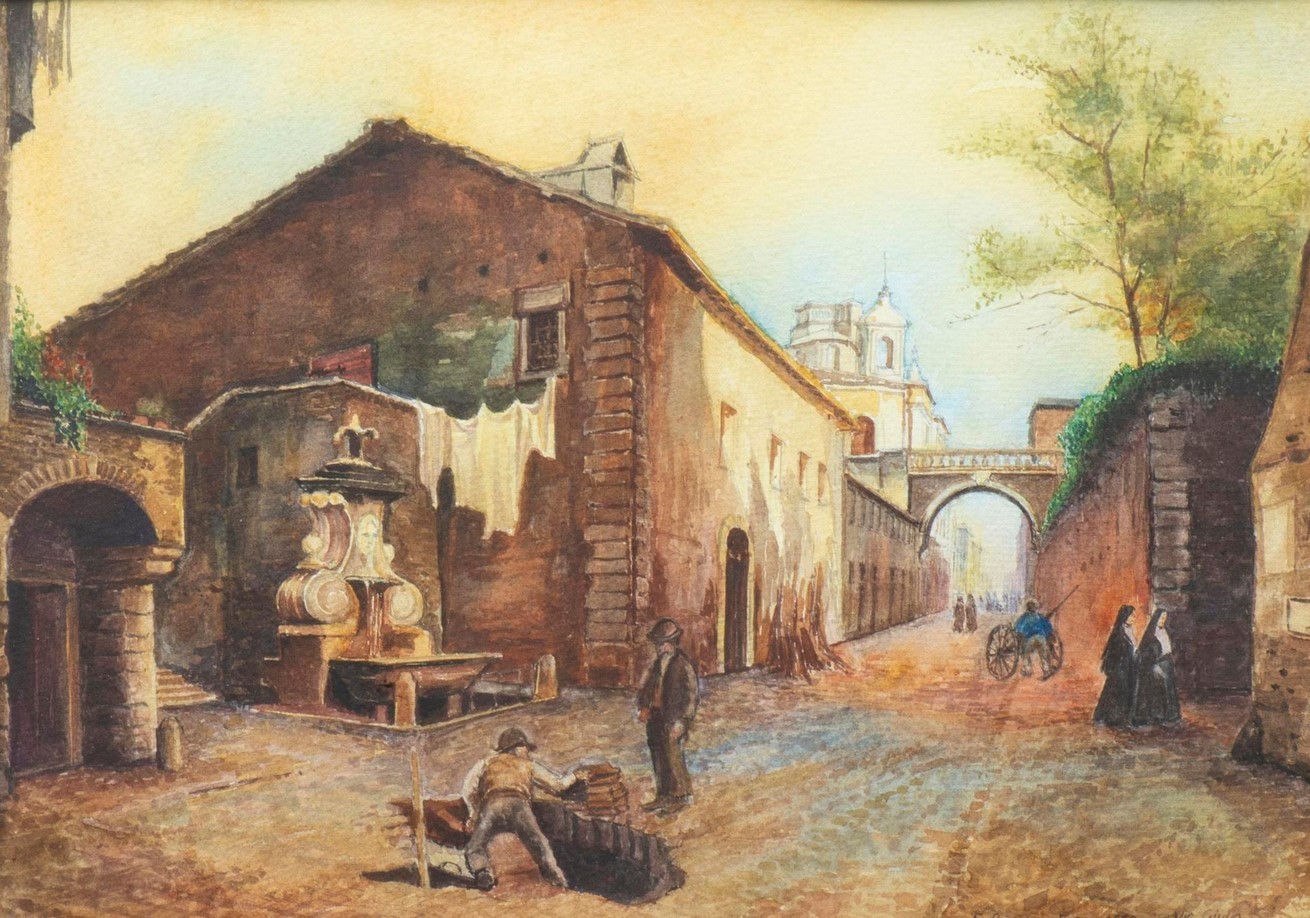 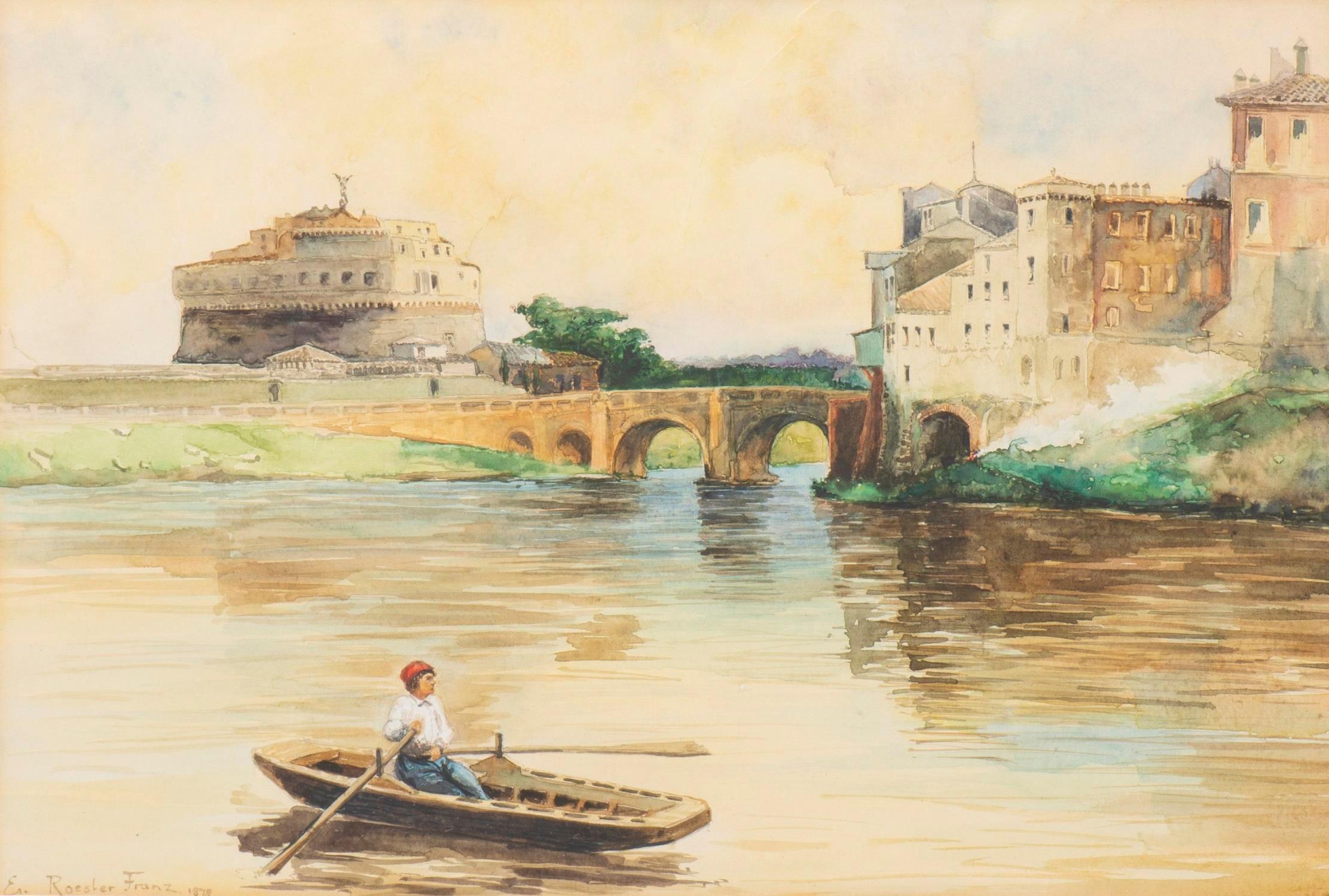 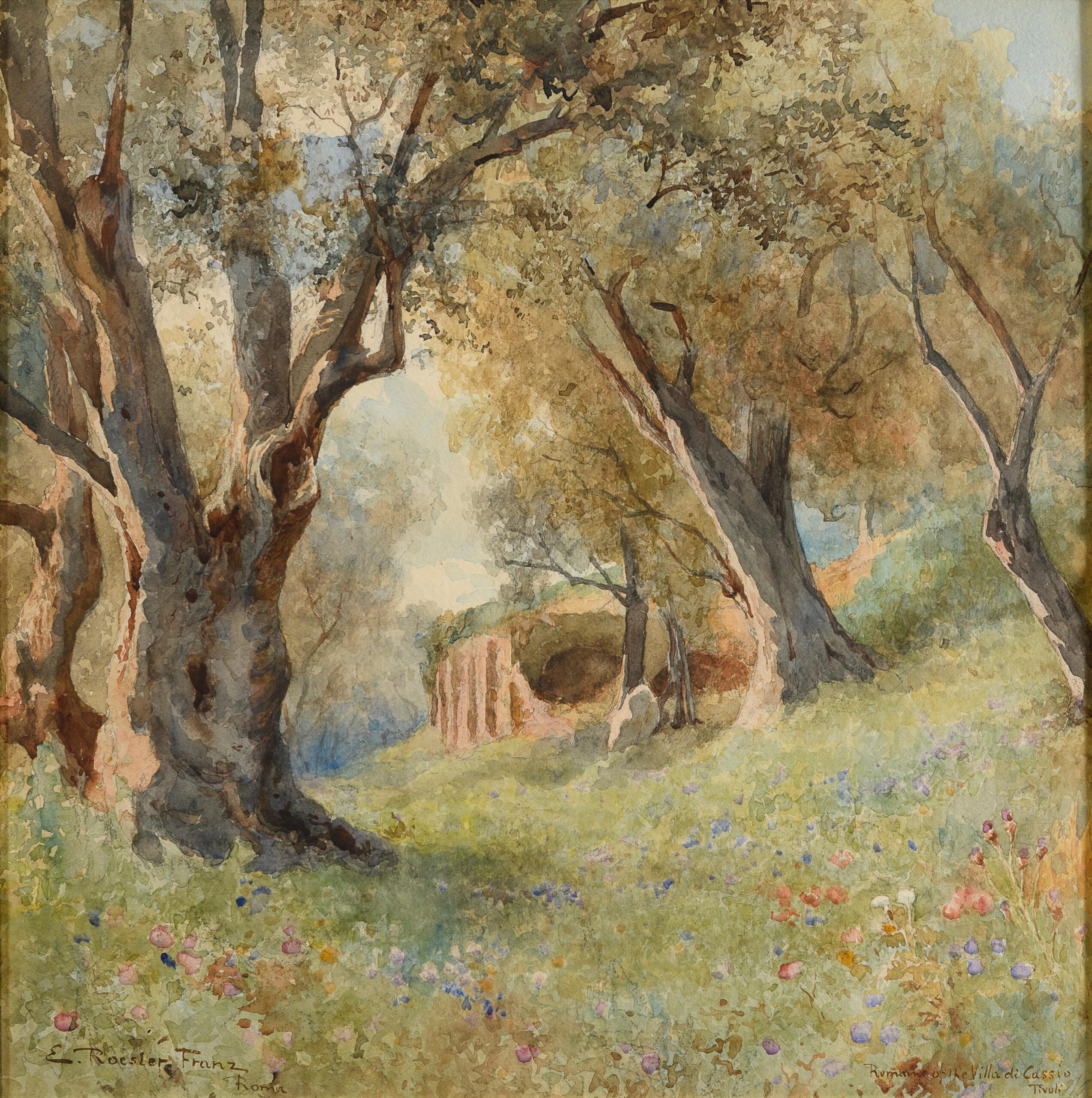 “Buffaloes in the swamp“ 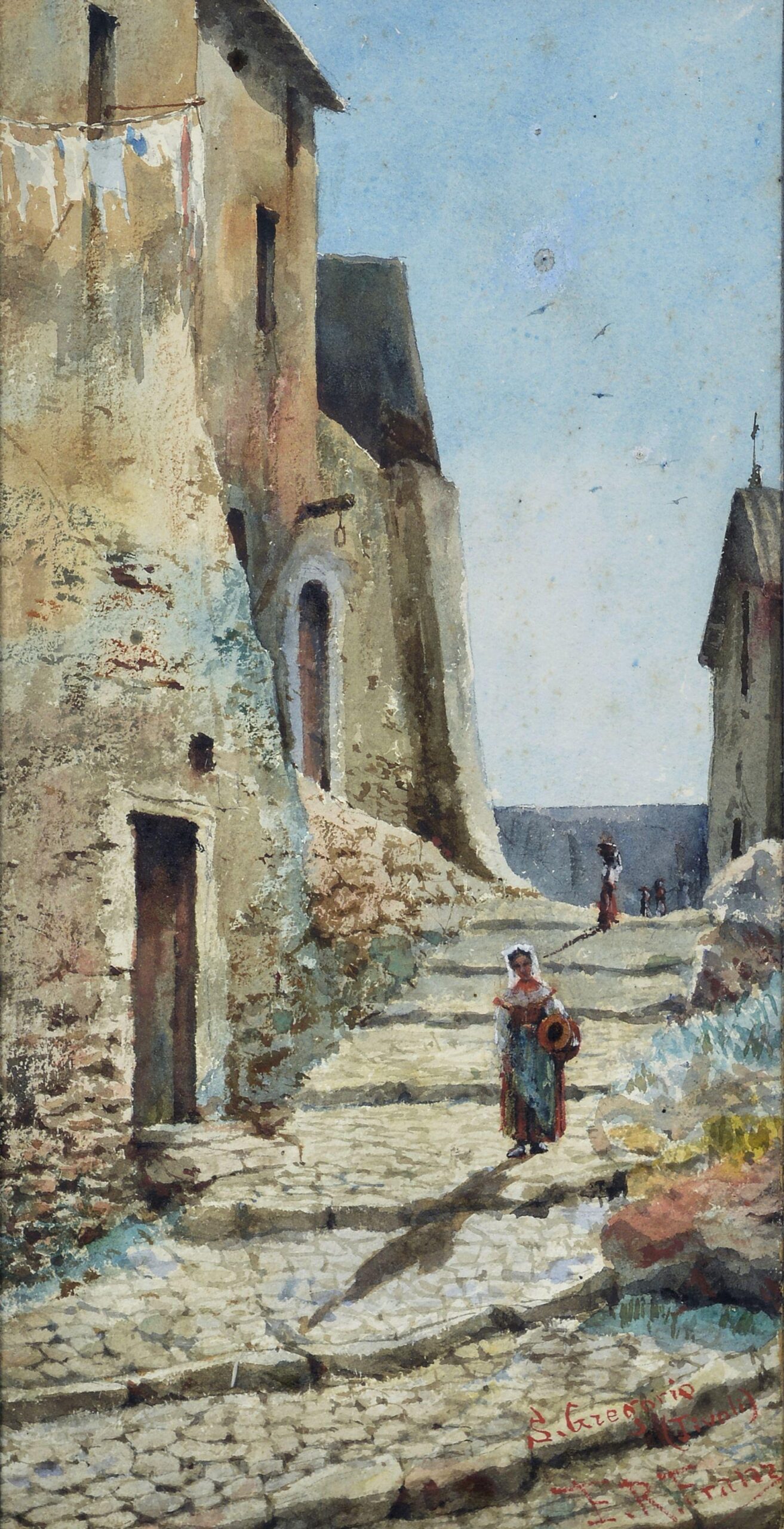 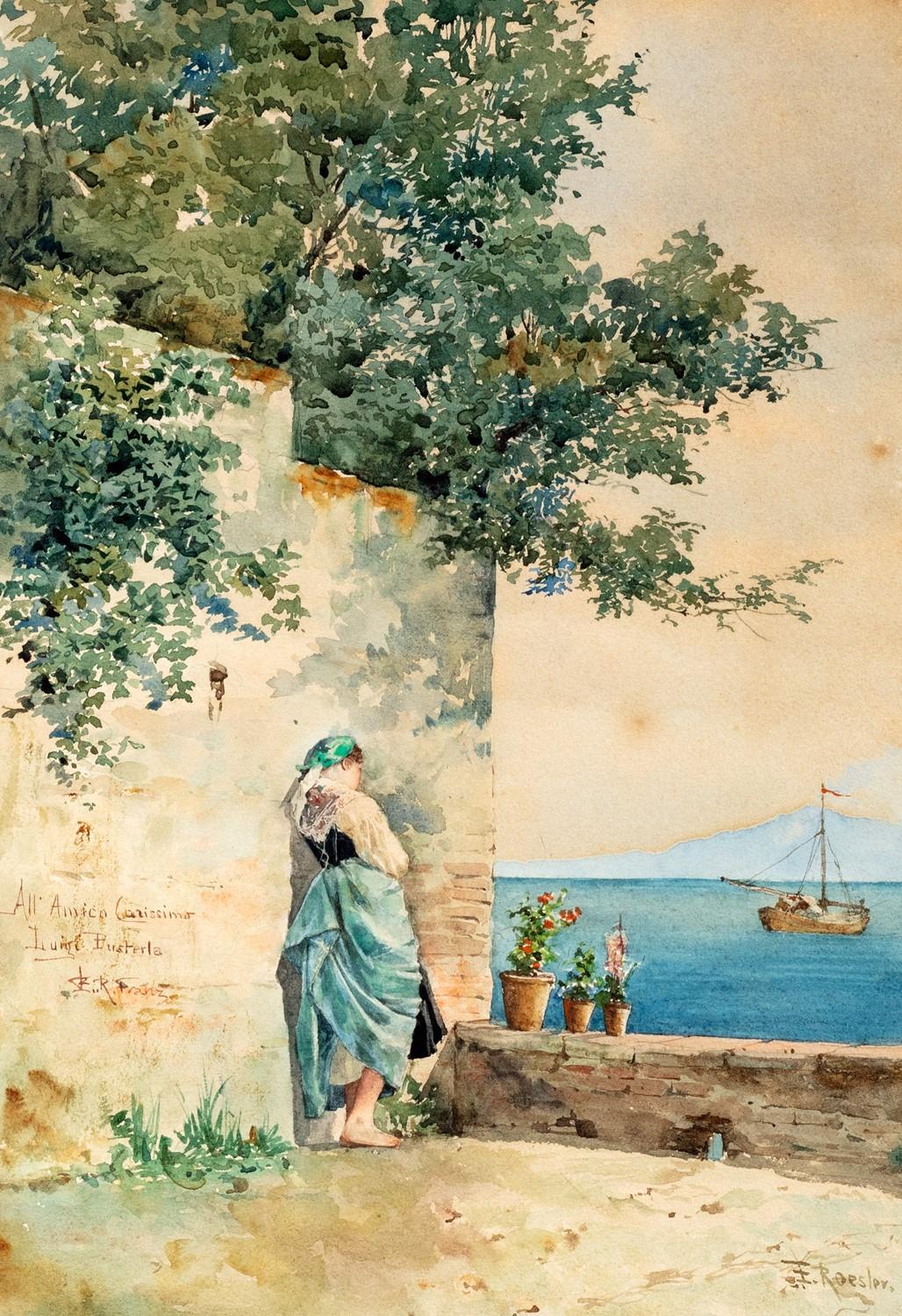 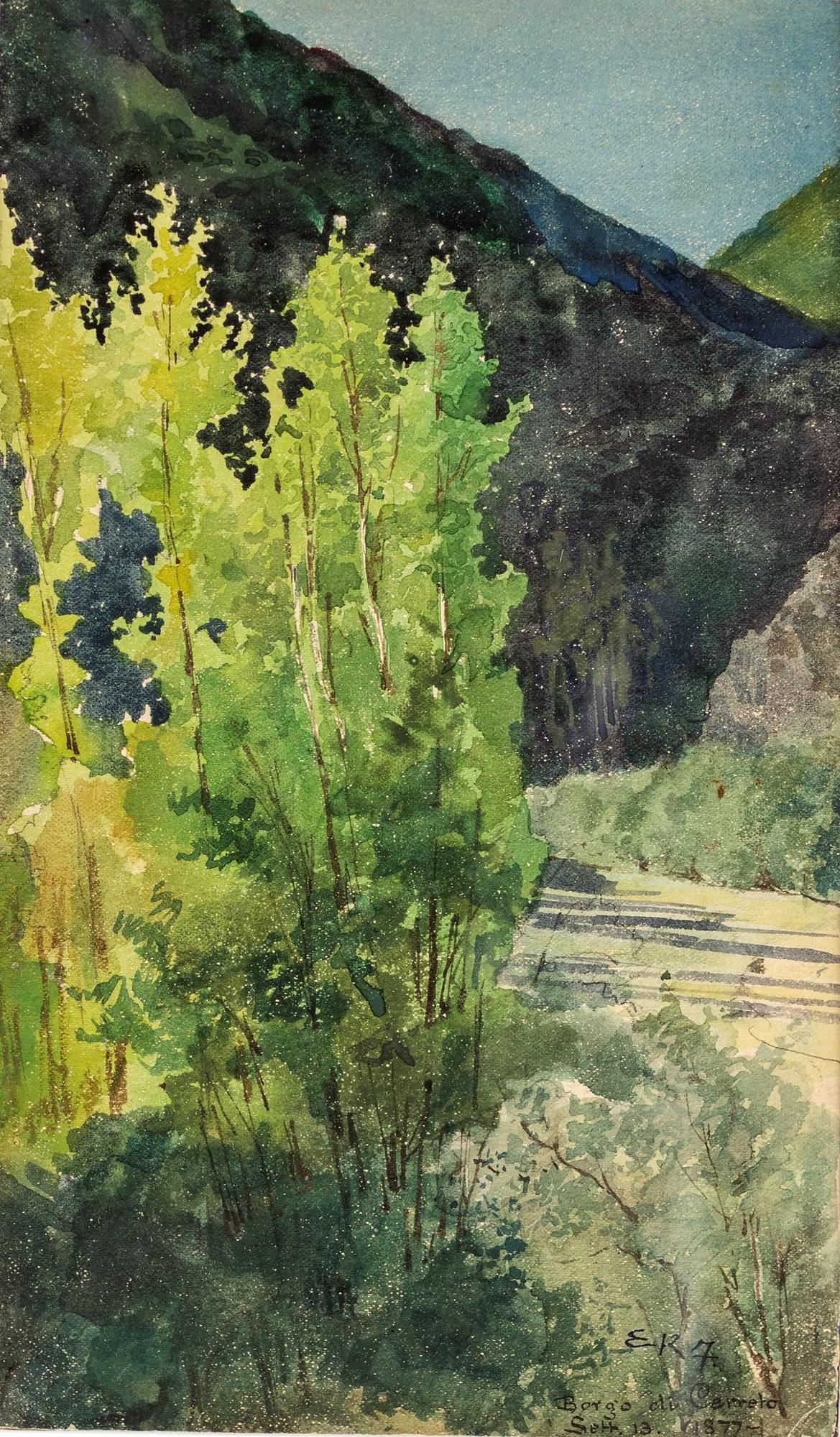 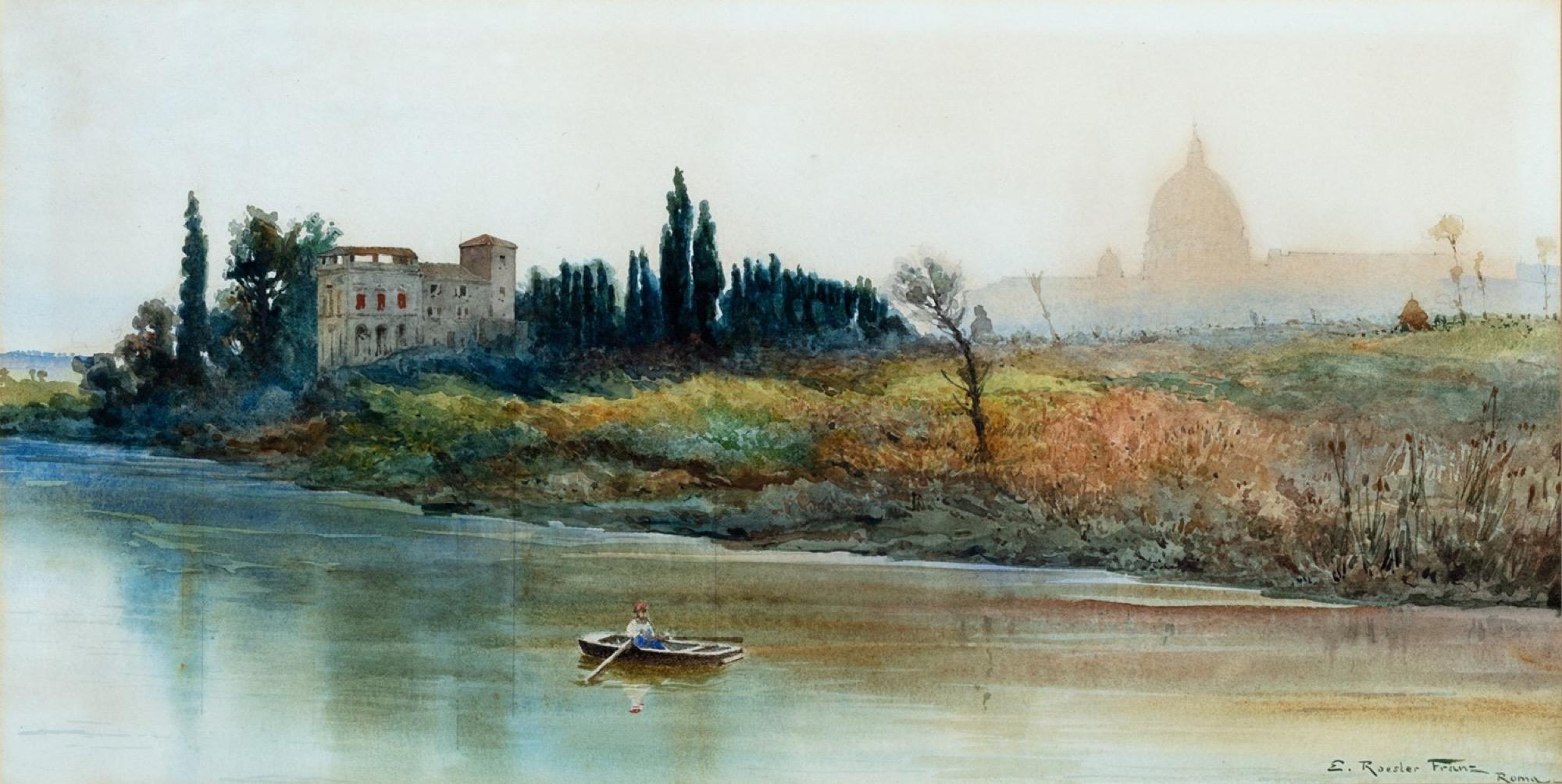 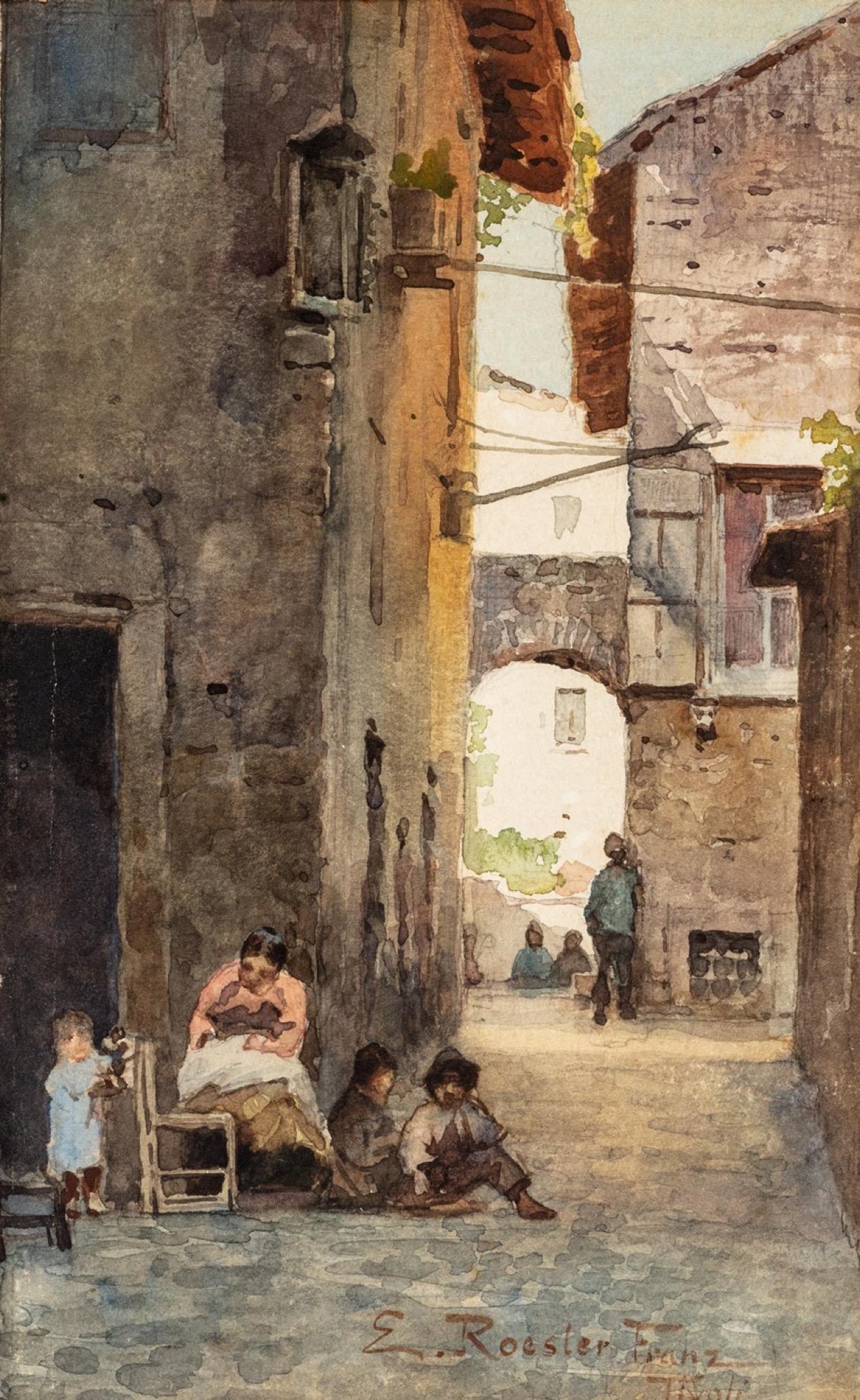 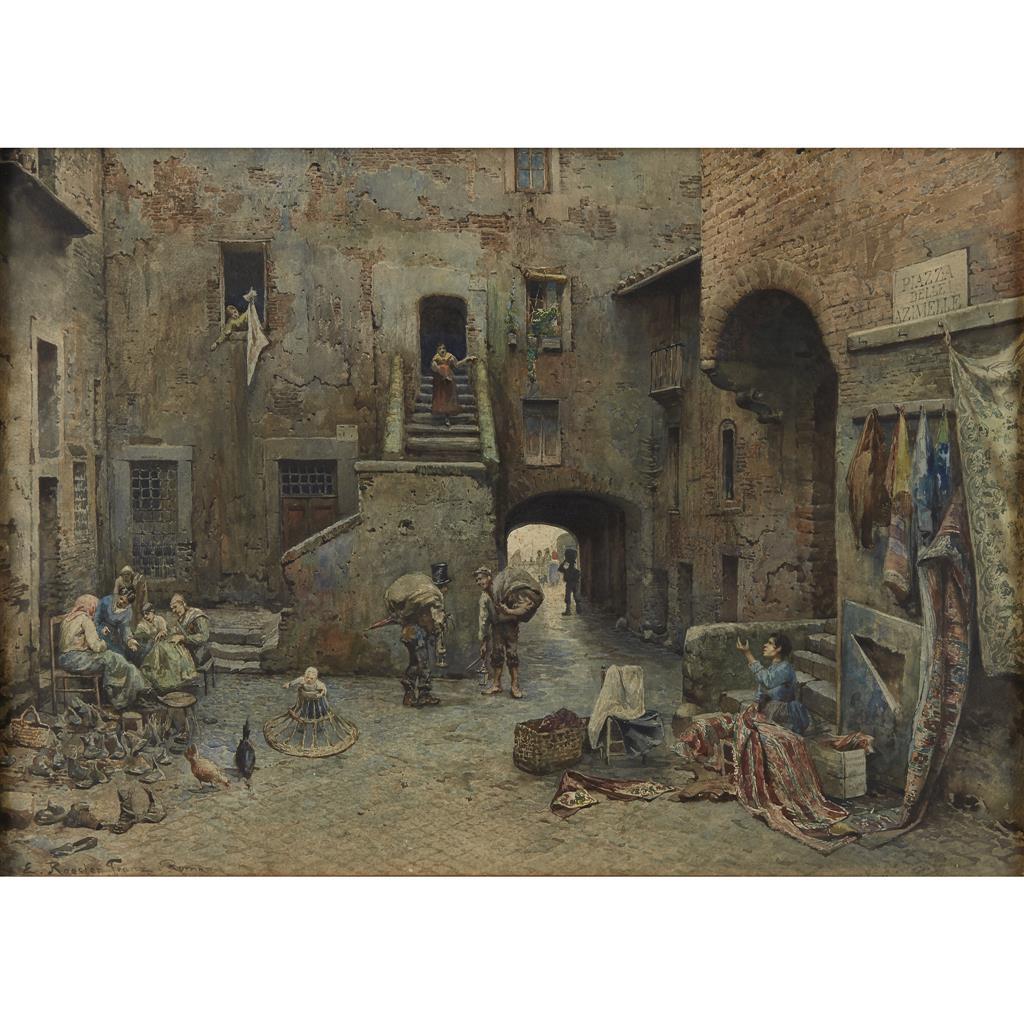 “Walk Along The Tiber” 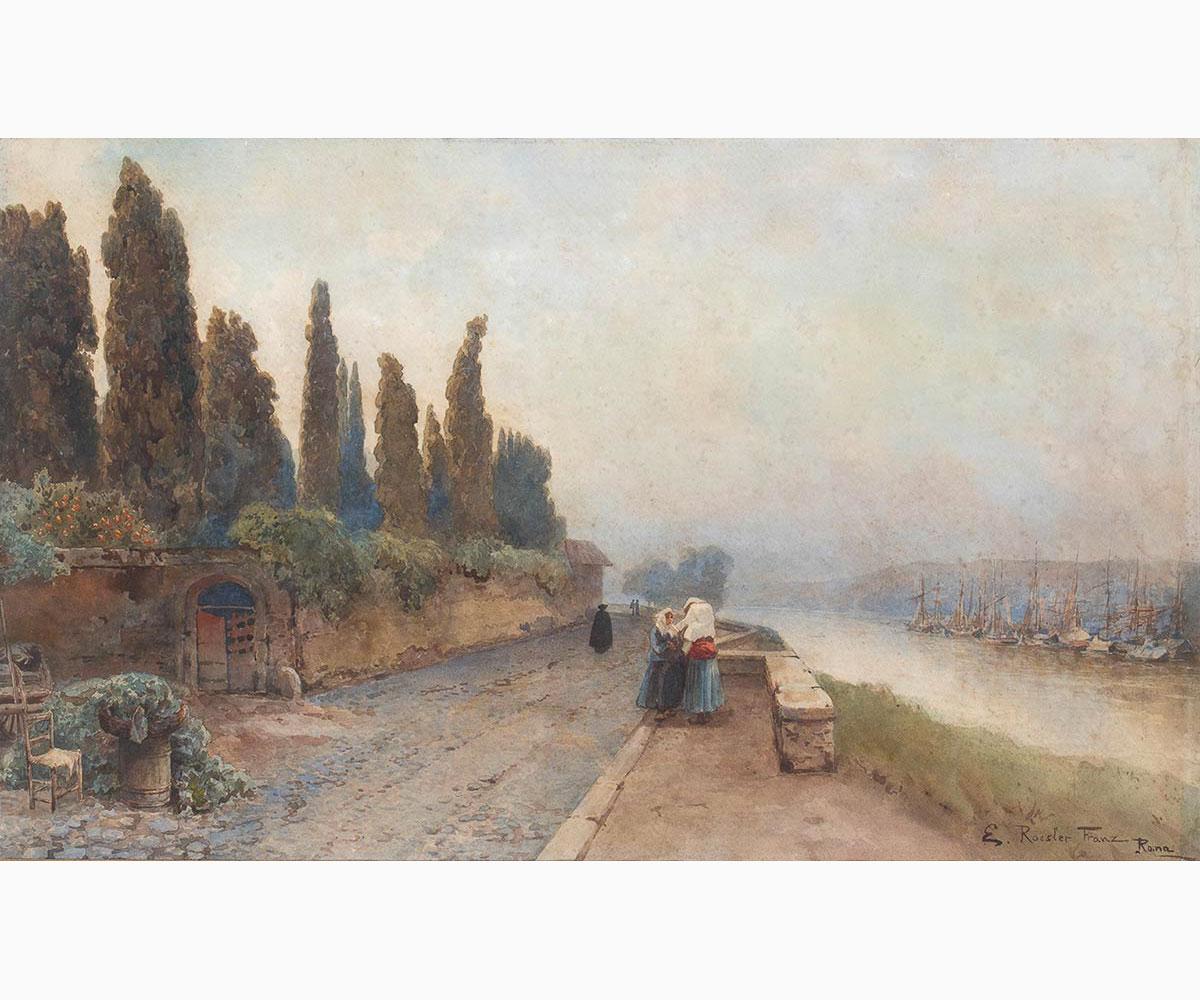