Realism refers to a modernist art movement that spanned various forms including the visual arts, literature, film and philosophy. Realist tradition was popular in visual art of the late 19th century for its attempt to represent scenes of everyday life truthfully and without embellishment or illusion.

Examples of Realism in Art 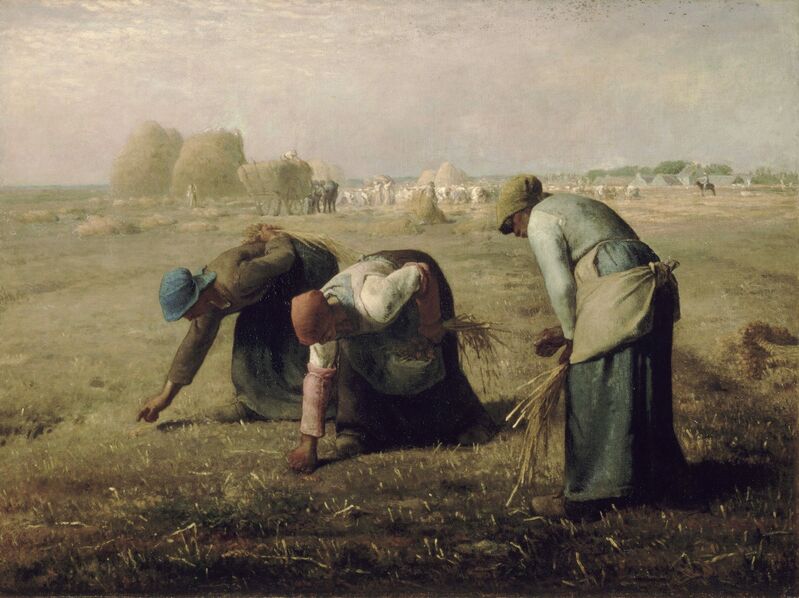 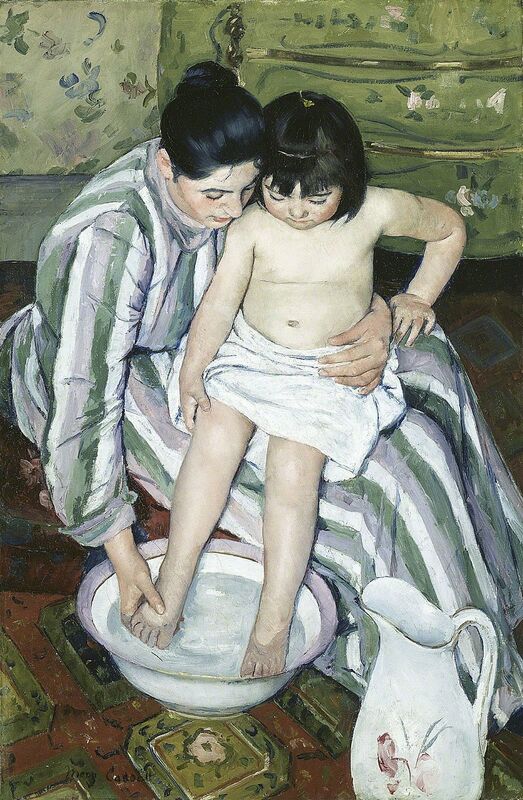 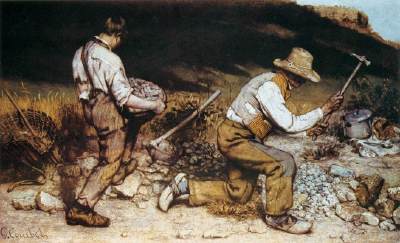 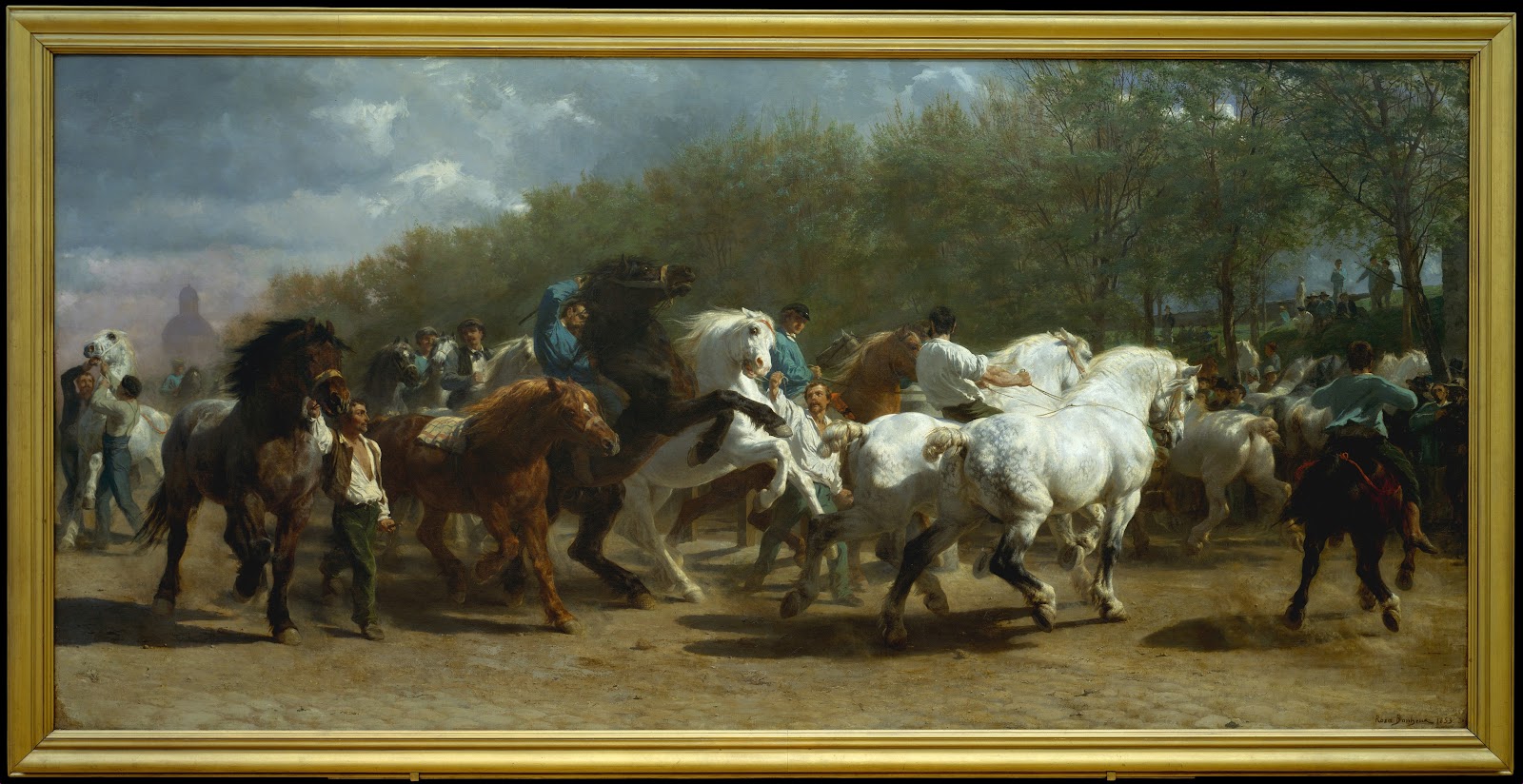 While artistic depictions of ordinary life were not unheard of, they were rarely the focus of a painting in the canon of Western art until Realism emerged in the mid-19th century. Around this time, the Neoclassical art movement and the Romantic art movement fell out of favor as Realist painters began to reject the long history of idealism in academic painting, French society, state-sponsored salons and fine art academies such as L’École des Beaux Arts.

European academies of art had long dictated the conventions of academic painting and influenced the styles of art that were exhibited in many galleries and museums in the art world. History painting, portraiture and genre painting dominated the hierarchy of styles at the academy and in much of the Western art world. Realists were some of the first artists to reject the belief that art had to depict important persons to be worthy of exhibition. Realism implemented new techniques and depicted subject matter that was controversial for its rejection of academic theory.

For many artists interested in the idea of Realism, French society became a constant source of inspiration. Realism emerged in France in the 1840s as a rejection of Romanticism’s intensely dramatic scenes from history and magnificent visions of nature. As the term Realism implies, Realist tradition favored accurate depictions of “real” life events rather than sublime landscapes and dramatic allegories. In their art, many Realists depicted scenes of everyday life, including working class life and moments of leisure in French society. Realism embraced ordinary aspects of daily life once rejected as subject matter by previous art movements for their mundaneness, grittiness or unpleasant associations.

Realism was especially controversial for its art that depicted the working class living in extreme poverty. Realist artists did not try to conceal the difficulties that the working class faced, nor did they attempt to portray happiness in instances of hardship. Realism was about making art that reflected life, embodied the truth and was an accurate representation of French society at the time.

Realists often composed large scale paintings, similar in size to traditional history paintings, to amplify the tragic aspects of daily life and rebel against the academy. French artist Gustave Courbet’s 1849 painting A Burial at Ornans invites viewers to consider the human condition as they observe the accurate representation of a funeral in typical Realist style. Courbet’s work is a somber and unembellished scene where, upon close observation, people from all social classes were brought together in mourning.

Much like Courbet, other artists also favored scenes of working life, urban streets, vibrant nightlife, bustling entertainment venues and casual social gatherings at cafés. These locales were among the preferred subject matter for the snapshot-like paintings that defined Realism. Other Realist artists, such as Jean François Millet, Jules Breton, Jean-Baptiste-Camille Corot, Mary Cassatt and Rosa Bonheur, included ordinary aspects of life in their art, ranging from a mother bathing their child to a young woman reading in a café. These once mundane aspects of daily life that were “ugly” or demonstrated private moments of vulnerability rejected the academy’s preference of idealism and the standards of beauty held by high art.

Realism and the Industrial Revolution

Realism was influenced by the many changes in society and technological advancements brought about by the Industrial Revolution. The advent of photography and its ability to accurately and quickly capture subject matter under close observation also influenced Realist painting. This also popularized photography as a style of representation that was seen as a more objective and honest depiction of modern people and events.

Realist artists’ representation of the working class was also a criticism of high society’s values. Subjects previously rejected by artistic tradition, such as the workers depicted in Gustave Courbet’s 1849 painting The Stone Breakers, were now elevated by Realist artists’ work.

Realist pieces like Courbet’s The Stone Breakers depicted its subjects in a manner once reserved for court paintings and history paintings. Courbet’s work did not idealize its subjects in any way. The painting simply depicts two men in the midst of breaking up rocks with tools, their clothes dirty from many hours of hard labor and their faces turned away from the viewer. Realist works such as Courbet’s amplified the conditions the working class lived under and the impact that the Industrial Revolution had on the rural working class as a whole.

French artist Jean-François Millet’s painting The Gleaners, from 1857, also features an honest depiction of his subjects in the Realist style. Millet’s accurate depiction of workers from a rural area engaged in hard labor was another subversive and socially conscious examination of modern life by the Realist movement. Realist artist Rosa Bonheur also favored the politically charged depictions of rural life integral to Realism. Bonheur’s painting The Horse Fair, from 1853, is one of the artist’s many Realist paintings featuring animals in nature and reveals a style similar to Naturalism.

Naturalism is the subjectivity of the representation. Naturalists are true to the natural, which may or may not include humans. There is a long history of naturalism being applied to art. Tintoretto (d. 1616), Rembrandt (1606-1669), Cézanne (1839-1906) and van Gogh (1853-1890) are just a few of the many naturalists who have made their mark on art history. Art historian Deirdre Sullivan writes, “For Rembrandt, realism meant seeing in the mirror of our own nature. Cézanne was less literal than Rembrandt, and his sense of beauty was a function of our emotions as well as our reason.” By the time of Picasso (1881-1973) and Matisse (1869-1954), realism had been severely reduced to what we are accustomed to today.

Naturalism as a Sub-genre of Realism

Later in the 19th century, Naturalism emerged as an art movement inspired by Realism in its depiction of real life subjects without idealization. The Naturalist school of thought, while closely related to the conceptual premise of Realism, favored depicting subjects in nature rather than urban life. Many of the same rural landscapes appear in Naturalist artwork, however, the subjects of the paintings are more often depicted in nature rather than in the city.

Painting en plein air (French for “in the outdoors”) revolutionized the artistic practice of many artists. This method became popular among artists as it gave them greater flexibility than they had when working in the studio. Painting en plein air allowed artists greater mobility and prolonged access to their subjects, especially those in nature. It also created a greater and more authentic sense of connection between the artist and their subject matter, as painting was often done in nature and under their direct observation. Naturalism and painting en plein air encouraged the ongoing reverence of nature in art and eventually influenced the turn to Impressionism later in the 19th century and into the 20th century.

Realism’s continued development soon reached artists in the United States, Russia, Italy, Germany, England and the Netherlands. Inspired by the style of Realism and underlying philosophy that began in France, many artists embraced scenes of modern life, urban streets, nature and rural labor along with the core beliefs that made Realism such an innovative art movement.

In the United States, New York became the center of American Realism. This branch of Realism also depicted the working class and nature. Though American Realism lacked the politics of rejecting the academy that fueled European Realism, Realism as a whole maintained a fairly consistent conceptual core across its many international proponents.

The Influence of Realism on Modern and Contemporary Art

The original tradition of Realist art lasted for several decades. The definition of Realism in the visual arts has since expanded to encompass a wide variety of works of art that are accurate representations of reality and do not make use of abstraction. The influence of modernist Realism is traced throughout art history and had a direct influence on Impressionism. The rise of photography in the 20th century and its mainstream popularity continued to influence artists to create different forms of art that were socially conscious and politically inclined simply by drawing from scenes of real life.

Later movements, such as Surrealism and Neo-Realism, adapted the original philosophy of Realism as the modern world continued to change. In light of World War II and the post-war period, these art movements took more of an escapist approach to art-making. Instead of accurate depictions of everyday life, these artists explored alternate visions of reality. Many artists sought to better understand the interior worlds of human beings by exploring the depths of human consciousness through their art.

Much contemporary art continues to expand on trends established by the Realist movement. Realism now exists as a more general term for art that is an accurate depiction of real life that is under close observation by the artist. However, much like Realism, art created in this style continues to express social, political and cultural consciousness and concern, often disrupts the status quo and sheds light on many of the harsh truths that exist in the present day.

Gustave Courbet (1819-1877) was a French romantic realist painter. Courbet was born in Paris in 1819 to a family of teachers. His father, a professor of law, influenced Courbet early in life to follow a career in academia. Courbet enrolled at the Ecole des Beaux-Arts in Paris in 1841. The first paintings Courbet completed during this period were portraits. He frequently returned to these figures throughout his life. The first two paintings exhibited by Courbet were of his father and another of his family member. These early works were different from the more detailed forms in Courbet’s mature paintings. During this time Courbet also began making genre paintings. His work showed his interest in depicting the daily lives of ordinary people in Paris.

Although he wasn’t a famous figure like Rembrandt or Monet, Millet’s work had a huge influence on popular culture, not only in France but in Germany and the United States. He painted thousands of scenes of French rural life, idealized peasant life, nature, etc.

Artists associated with the Pre-Raphaelites included Dante Gabriel Rossetti, William Holman Hunt, and Edward Burne-Jones. Their work became known as the Pre-Raphaelite Movement. A phrase from Rossetti’s poem, “The Warrior’s Progress,” became the group’s motto. As the Spanish expression would suggest, the members were inspired by the work of both the Renaissance and the Spanish Hierarchy of Cosmas and Damian. Their art was often known to be sexually explicit.