What is Readymade Art?

Readymade art, or readymade, is the term used to describe art that is created from found objects. These objects are often modified by the artist and amplify the non-art quality of the original object without disguising its utilitarian purpose. Readymade art challenged the conventions of Western art by questioning what kinds of objects were worthy of being labeled as art and whether or not those objects were suitable for museum and gallery exhibition. 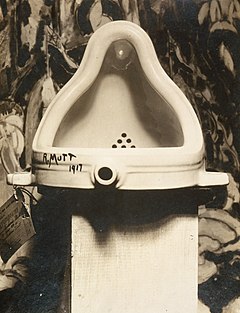 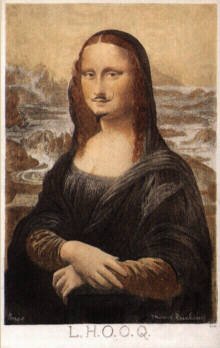 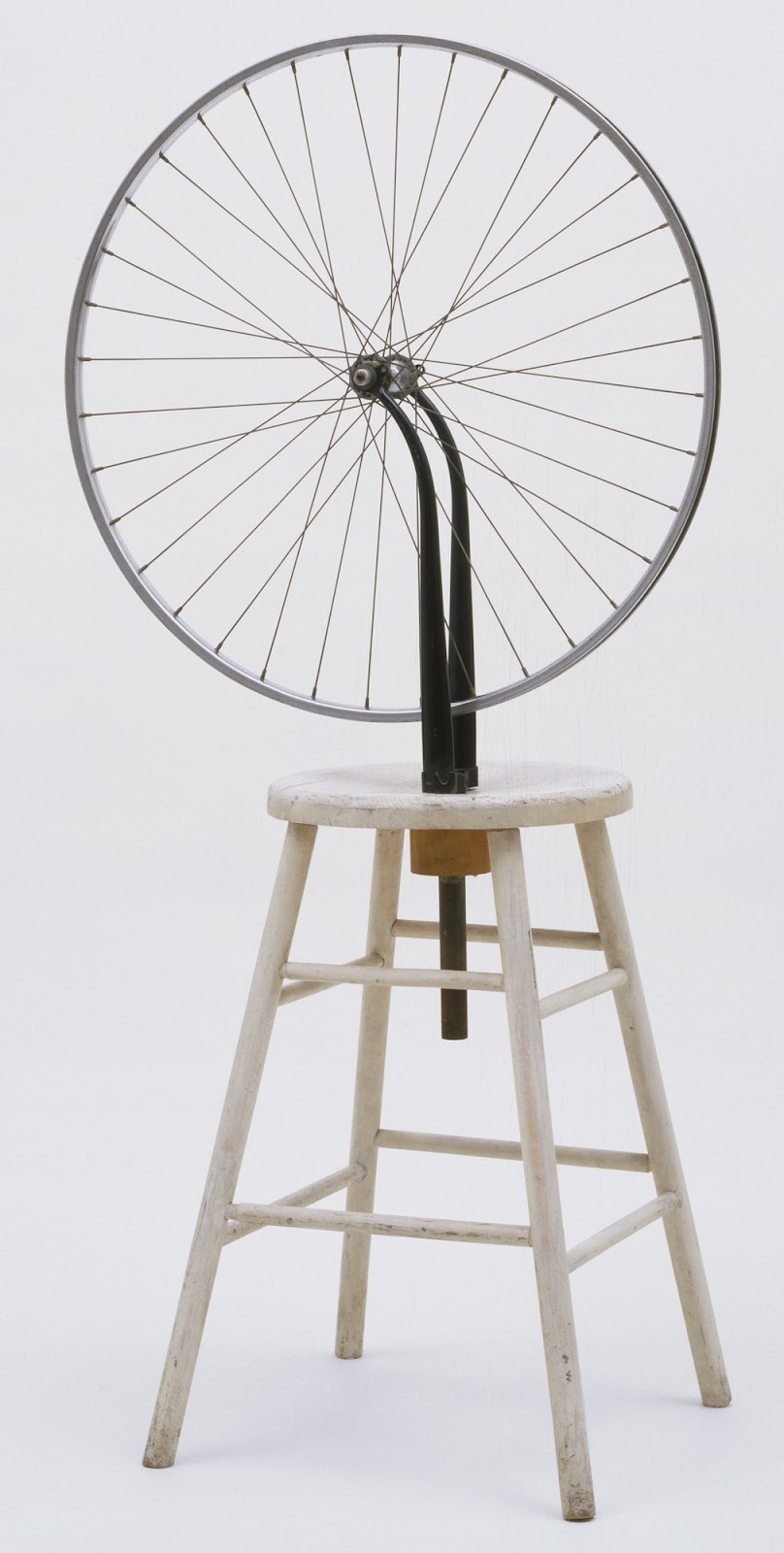 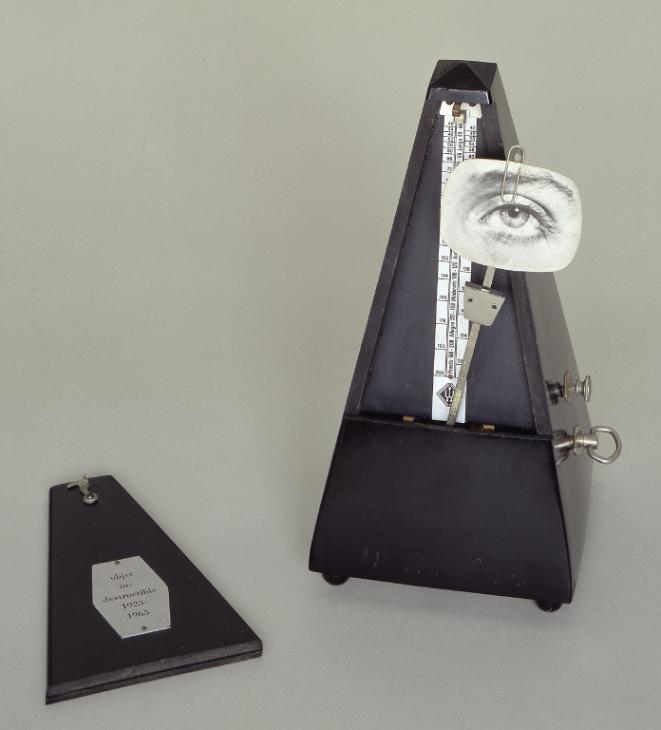 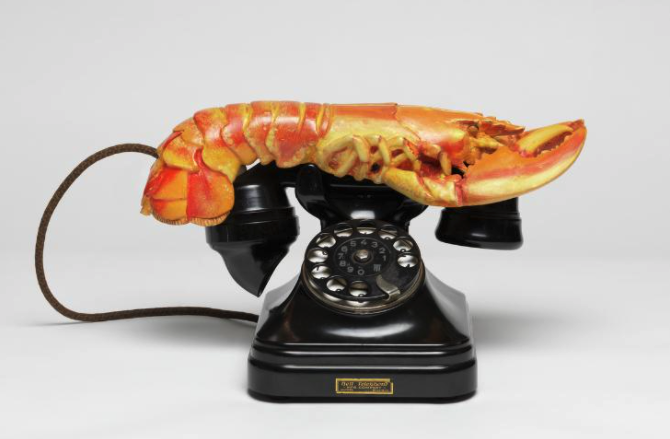 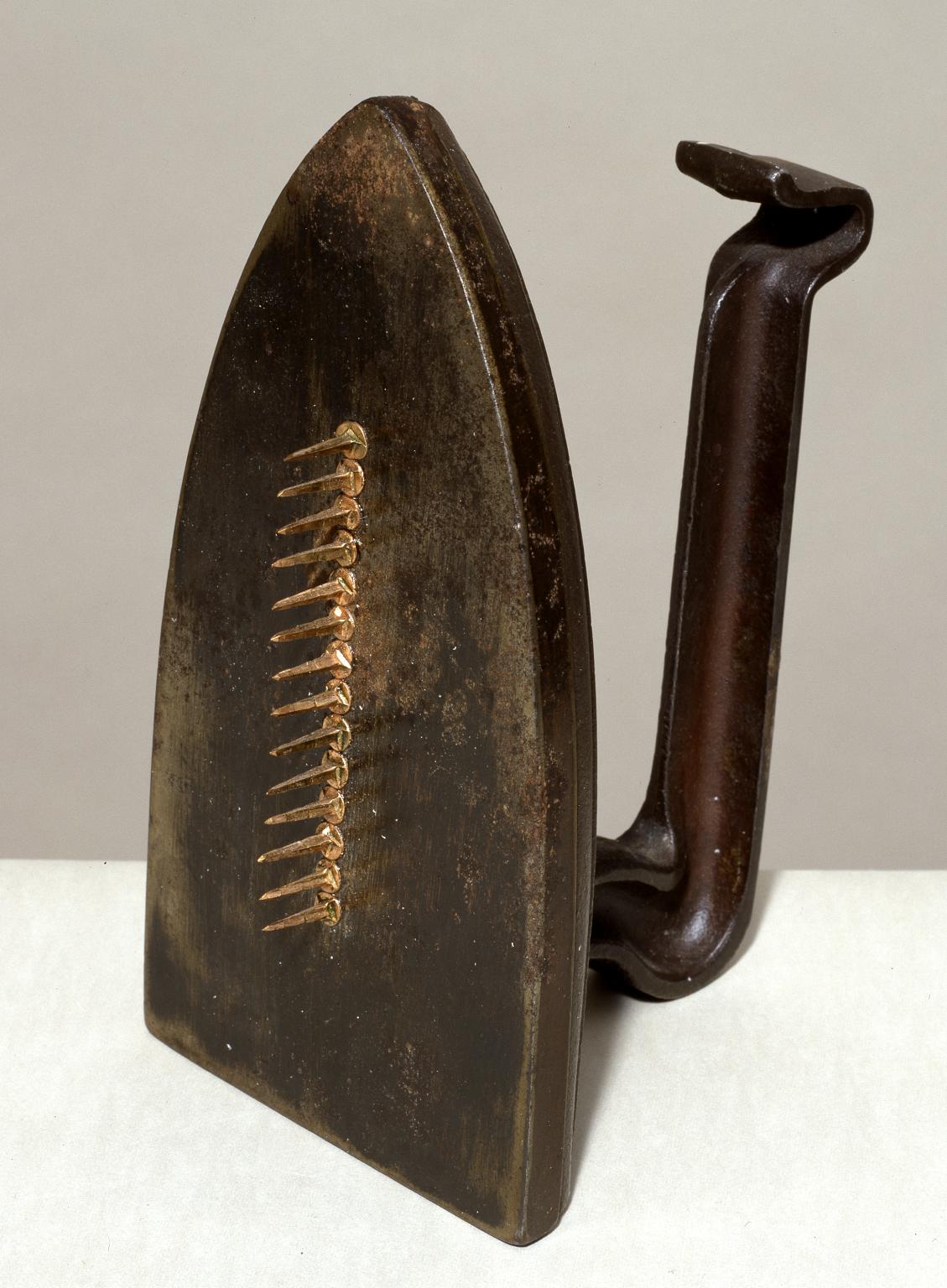 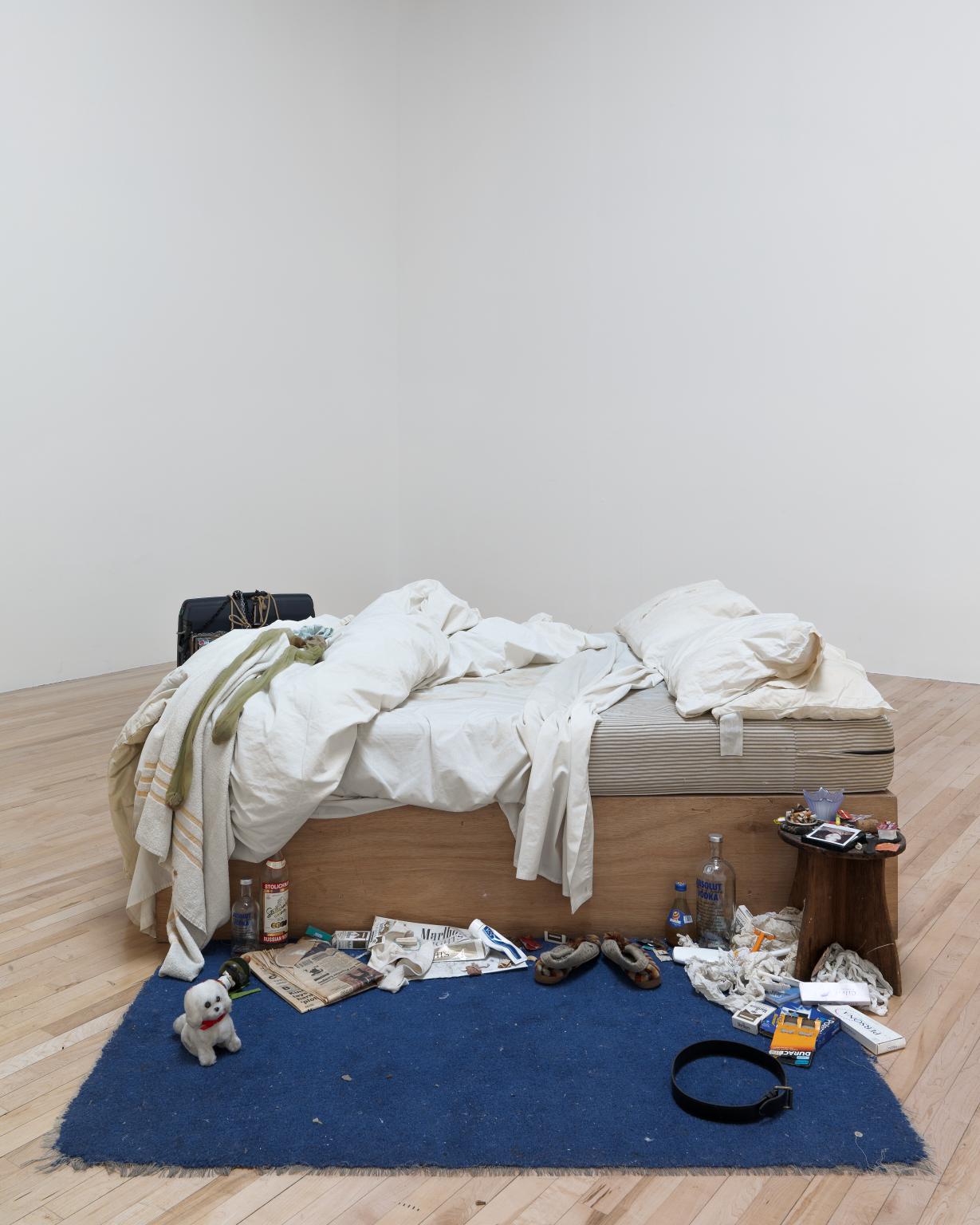 History of the Readymade

Using everyday objects in art became popular in the early twentieth century around the time of the First World War. Around 1912, Cubist artists Pablo Picasso and Georges Braque began incorporating objects like newspapers, wallpaper, matchboxes and bottle labels into their collages and sculptural pieces. Cubist collage often resembled sculpture and the movement itself ran concurrently to Dadaism.

Readymades are widely attributed to the Dadaist art movement. The term ready-made was coined in 1915 by French artist Marcel Duchamp. Ready-made, now more commonly referred to as readymade, was used by Duchamp in a very specific way: To describe an everyday object that was chosen for its use as an art object and was not altered in any significant way. Alterations included adding or removing elements of different objects to create a new object that resembled a sculpture.

The readymade challenged the notion that art had to be unique to be considered art. Since the objects chosen by artists were mostly mass produced, the question became one of originality versus ownership. Could a mass produced object be considered a work of art? To many Dadaists the answer was yes, because their goal was to trouble the purist notion of art handed down by European art academies. Instead of technical skill, choice, originality and concept were foundational concepts of readymade production. The artist developed the concept for the artwork and then chose the object that aligned with and amplified the concept.

The readymade was typically humorous and made use of visual puns. Jokes and visual puns were already an important part of Dadaist art and the readymade expanded on the characteristically Dadaist satire and subversion of societal norms. Playing with notions of sense and meaning offered new ways to think about artistic expression, art-making and the way the modern world functioned.

Readymades also sparked deeper reflection on human relationships with everyday objects. Placing a mundane, yet useful, object into a new and unexpected context shifted the viewer’s perspective on both the object itself and the definition of art.

Duchamp’s Fountain, from 1917, became the most iconic readymade work in the history of modern art. Fountain is a porcelain urinal signed with the words “R. Mutt, 1917,” where R. Mutt was the pseudonym later attributed to Marcel Duchamp. By taking a standard urinal and presenting it for exhibition, Duchamp (then unknown as R. Mutt) created a significant amount of controversy within the art world. Fountain was initially rejected by the Society of Independent Artists and an exhibition at the Grand Central Palace, deemed inappropriate and eventually censored for its association with bodily waste. In 1917, Fountain was not considered to be a work of art by anyone other than the artist and his Dadaist colleagues.

Fountain’s censorship led Duchamp and fellow Dadaists to form their own means for publication and exhibition of their artwork. The Blind Man, for example, was an avant-garde magazine published by Dadaist artists. From there, the readymade was embraced by other Dada and Surrealist artists such as Man Ray and Salvador Dalí. The readymade continued as a rejection of nineteenth century painting and an elevation of mass produced objects to the level of fine art. Readymades also fueled an ongoing debate within the art world about whether or not everyday objects could be art. This debate later evolved to include whether or not an idea alone could be art, which was central to Conceptual Art of the 1960s.

Dadaists were among the many avant-garde artists at the time who believed that art should challenge the viewer to be critical of modern life. Readymades such as Fountain redefined the notion of art as something that was not intended to merely be absorbed and enjoyed visually. Ideas and process became the most important part of the artwork, where the final product symbolized a new perspective on the object itself. Fountain, once simply a urinal, was chosen and stripped of its function, forcing the viewer to rethink their own beliefs about what constituted art. The readymade gave art new meaning.

While Duchamp’s Fountain is iconic, and easily one of the most recognizable readymades, his work Bicycle Wheel, from 1913, is one of his earlier pieces and is widely considered to be the first readymade work. Duchamp’s Bicycle Wheel piece consists of disparate elements including a bicycle wheel mounted on a wooden stool. These two objects have very different functions but gained new meaning when placed into the context of art. Duchamp described this piece as a “pleasant gadget” for the smooth movement of the wheel and overall minimal aesthetic.

The term readymade was reserved for objects that were unaltered; a found object. Bottle Rack, from 1914 is another iconic readymade by Marcel Duchamp. Duchamp simply chose the bottle rack for its appearance and deemed it to be an “already made” work of art. This ordinary object, when not in use, resembled a sculpture and was not altered in any way.

As the readymade grew in popularity, various sub-classifications, such as assisted readymade emerged. Assisted readymades were created by putting multiple readymades together, eliminating any possibility of using them for their original function. Duchamp’s Bicycle Wheel looks like an original sculpture, but is a combination of objects that were once functional in their own right. A wheel is mounted on the seat of a wooden stool, removing the possibility of using the wheel and the ability to sit on the stool.

Reciprocal readymade applied to unique works of art that were mass produced as utilitarian objects, a complete reversal of the original notion of the readymade. L.H.O.O.Q., from 1919, is Marcel Duchamp’s reproduction of Leonardo da Vinci’s Mona Lisa. Duchamp altered the poster by drawing a mustache and goatee on the Mona Lisa’s face and the letters “L.H.O.O.Q.,” a crude French pun, below the portrait. Its poster-like quality made this readymade work easily reproducible as a work of art in and of itself.

While the readymade was initially developed to challenge the definition of art itself, themes addressed by readymades have since expanded to include explorations of life, death, relationships, psychology and consumerism. The late twentieth century saw a number of artists challenging mass cultural production and lingering class distinctions. The readymade was a versatile medium that had the potential to be amusing and satirical while problematizing issues that had a significant impact on modern society.

In the late twentieth century, artists such as Joseph Beuys, Jasper Johns and Robert Rauschenberg adopted the ideas of Dadaism and used found objects in their artistic practices. Often regarded as Neo-Dadaists, these artists adopted the concept of the readymade and challenged material hierarchies along with the ever-changing, yet still quite traditional, relationship between art and gallery spaces.

In the 1960s, Pop Art often used mass produced objects to critique mass production itself, along with pop culture and advertising. Fluxus and Conceptual Art were also deeply influenced by the power of everyday objects and the power of the idea, concept, or process, becoming the work of art.

Towards the beginning of the twenty-first century, groups such as the Young British Artists (YBA) reimagined the readymade by championing the idea that an object becomes art only once the artist proclaims it as such. The YBAs overlooked the notion that artistic skill and technique are the foremost indicators of art. YBA members such as Tracy Emin and Damien Hirst took objects out of their original contexts, such as the artist’s messy bed or taxidermy animals, and placed them in a gallery setting, shocking audiences and critics alike. YBAs rejected fine art materials and often favored the artistic intention or concept over the final piece itself.

In the context of contemporary art, readymades continue to recontextualize everyday objects, becoming satirical, and often poetic, symbols of critical conversations between the artist and the art world, society and history.