What is Analytic Cubism?

Analytic Cubism is the early phase of the Cubism art movement that developed around 1907 and lasted until 1912. Analytic Cubism is characterized mostly by paintings that represent a subject from multiple overlapping viewpoints within a single picture plane. The resulting artworks had a fragmented, geometric and abstracted appearance. Artists Pablo Picasso, Georges Braque and Juan Gris were central to the development of Cubism in visual art. 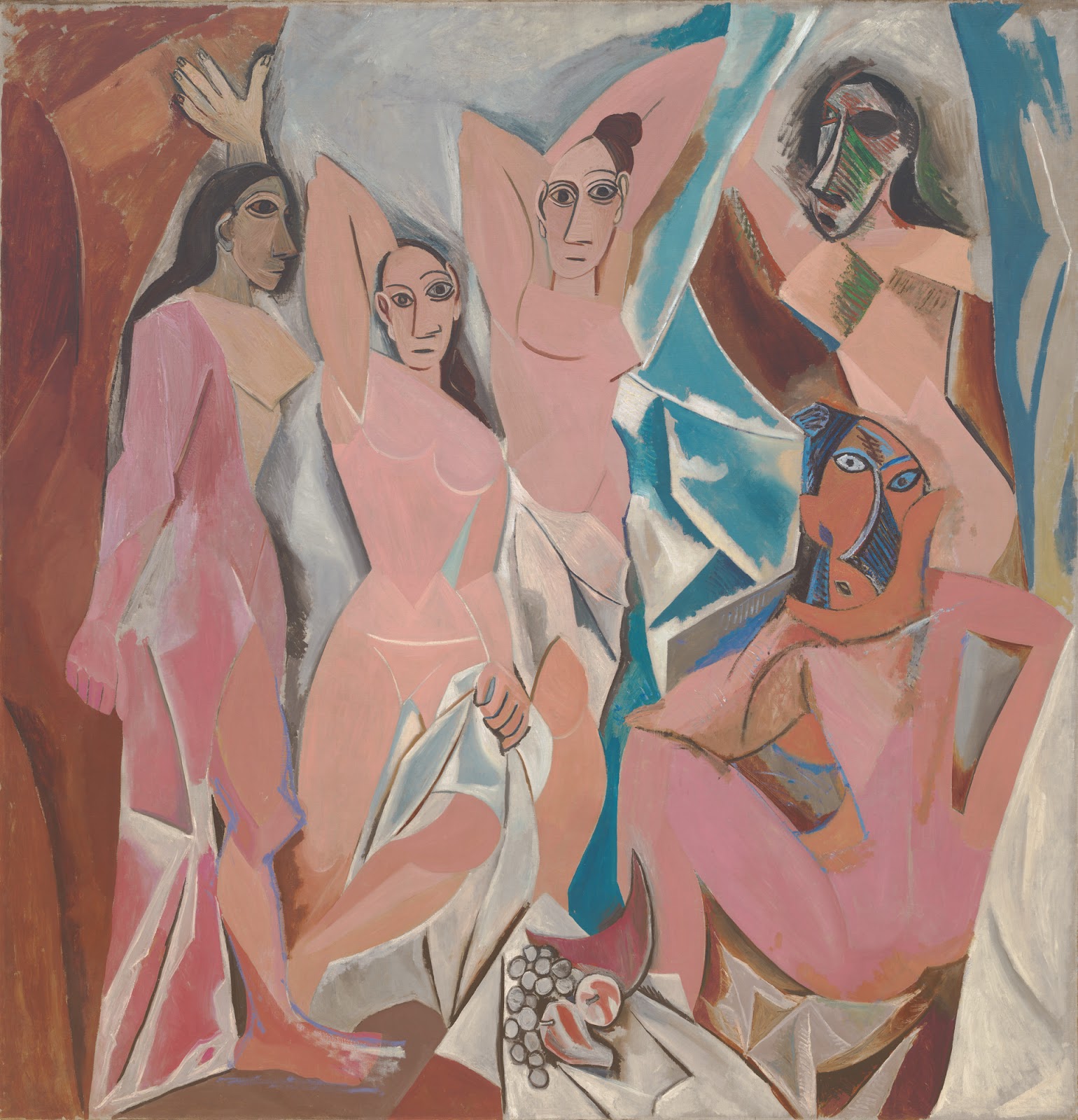 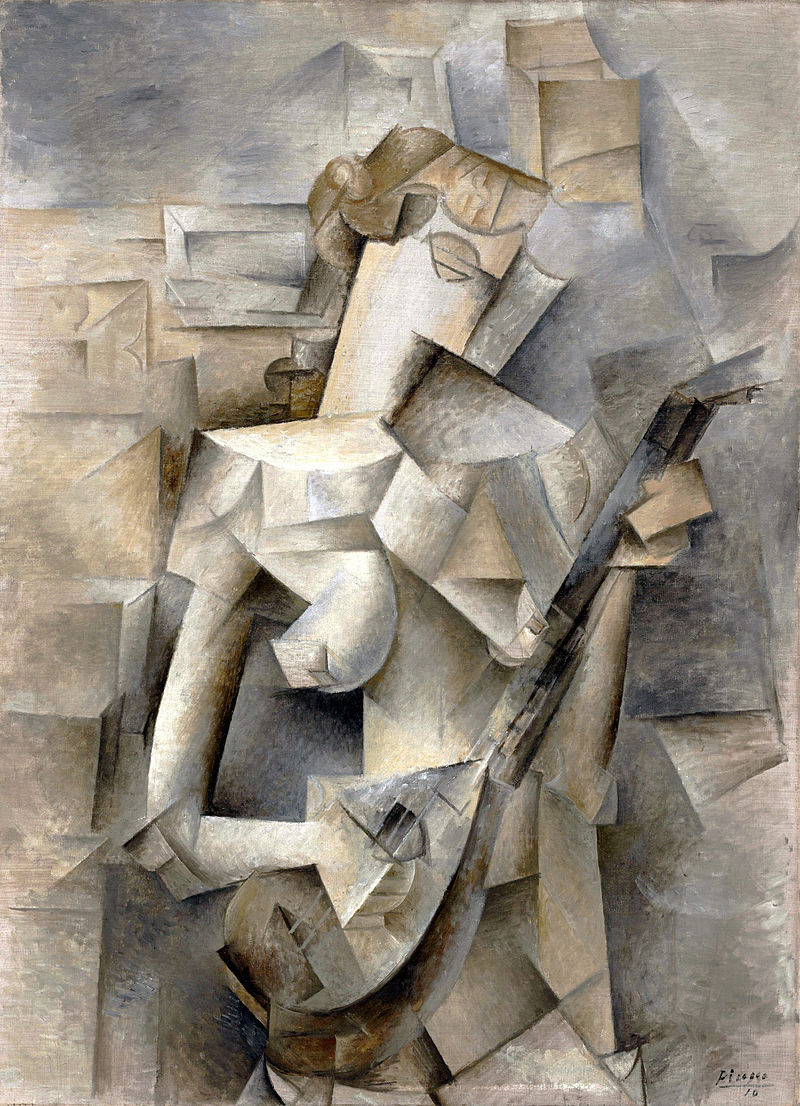 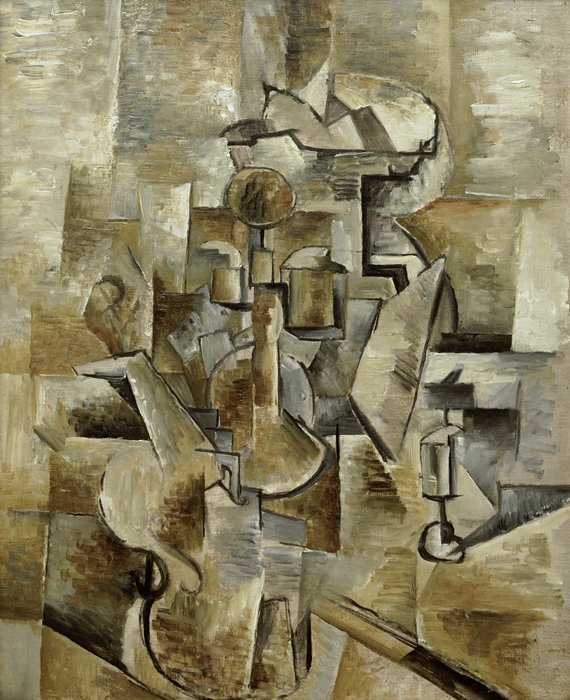 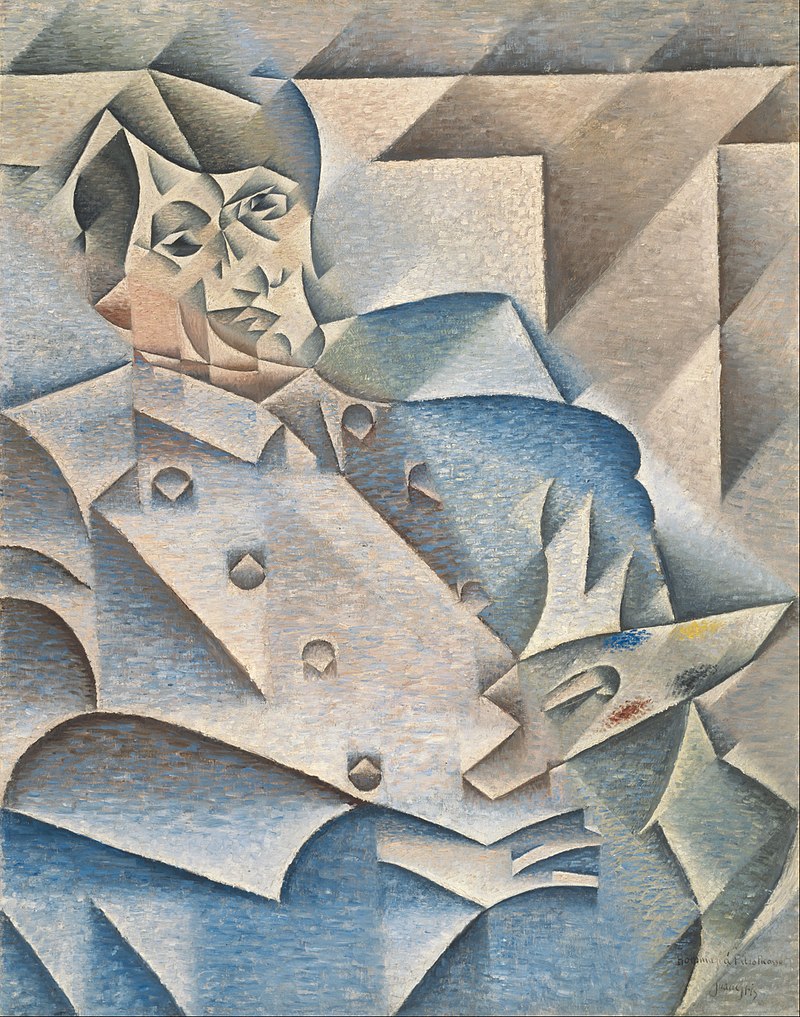 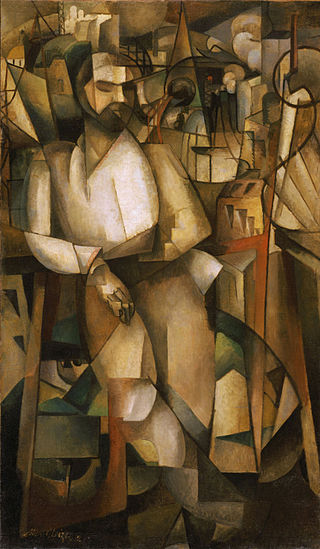 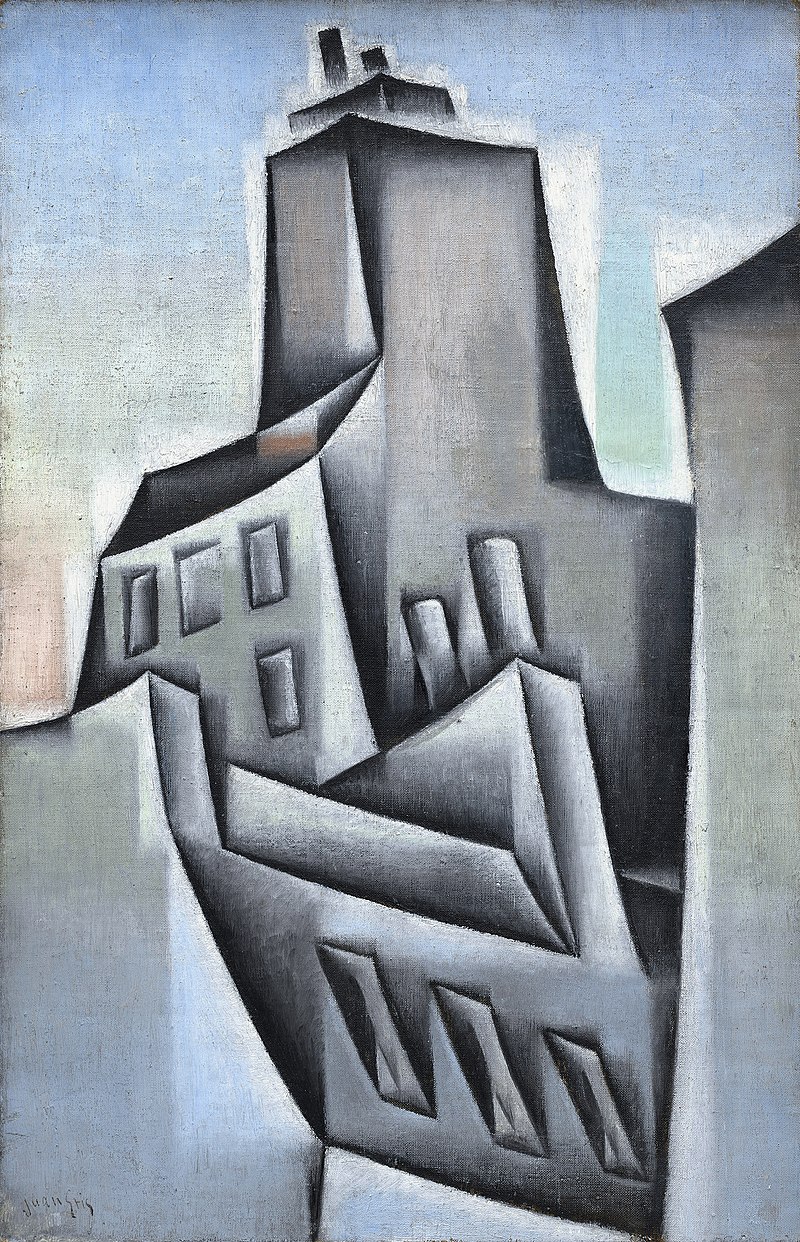 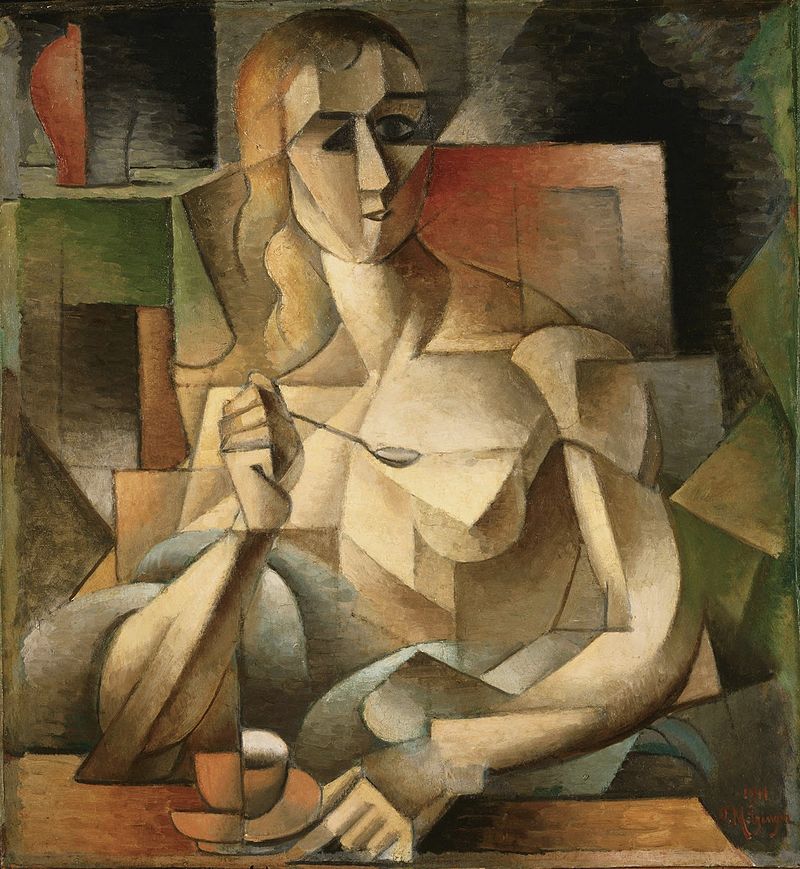 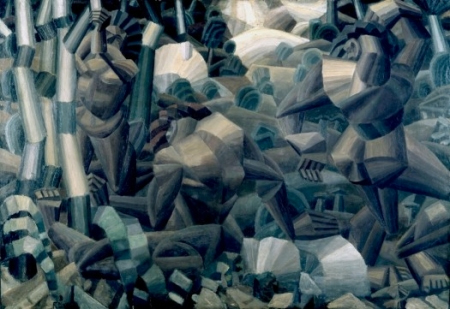 Cubism developed in the early twentieth century, a few years before the First World War. Post-Impressionist artist Paul Cézanne was a primary influence on the Cubist movement. Cézanne’s paintings, such as Mont Sainte-Victoire, from 1904, have a fragmentary appearance and suggest multiple points of view. Though Cézanne’s experiments with perspective are modest in comparison to those of Cubism, the French artist’s use of hard lines, geometric shapes and simultaneous perspectives had a profound impact on the Cubist aesthetic.

Pablo Picasso and Georges Braque were two painters whose experiments with Cubism are most notable. The name Cubism is likely derived from a comment made by art critic Louis Vauxelles in 1908, who described Georges Braque’s paintings as a reduction of the subjects to “geometric outlines, to cubes” [1].

Cubism reimagined the treatment of form by rejecting the use of linear perspective and the illusion of depth favored by the Renaissance movement. Cubist artists depicted their subjects from multiple perspectives simultaneously, working to represent every angle of the subject on the flat surface of a canvas.

African art had a tremendous influence on the work of Fauvism, which developed around 1904, and then inspired Cubism. Cubist artists like Pablo Picasso and Georges Braque were inspired by the non-naturalistic quality of African tribal masks and traditional objects from the Iberian peninsula in particular. Picasso and Braque admired how the masks represented human faces in a geometric and slightly abstracted way, while still being recognizable as a face.

Picasso and Braque worked closely for many years, using many of the same stylistic conventions, which is why many of their Cubist works are very similar in appearance. For example, Picasso’s The Poet from 1911 and Braque’s Man with a Guitar from 1912 have an almost identical color palette, depict a similar subject and present the fragments of that subject in a similar arrangement. Both paintings embody the characteristics that define Analytical Cubism.

Initially, the Cubism art movement was not divided into Analytical Cubism and Synthetic Cubism. Only later would art historians label this initial phase of Cubism as Analytical Cubism. The name Analytical Cubism describes the analytical, piece-by-piece approach artists used to represent their subjects, much like an aesthetic dissection of form.

At the time that Cubism was actually developing, the division that existed within the movement was among the artists themselves and how they exhibited their work. Gallery Cubists referred to the Cubist artists who mostly exhibited in art galleries, such as Picasso and Braque. Salon Cubists, such as Juan Gris, Robert Delaunay, Fernand Léger, Albert Gleizes, Henri Le Fauconnier and Jean Metzinger, referred to Cubist artists who frequently exhibited at Paris salons. The Salon Cubists and the Gallery Cubists utilized the same techniques that defined the Cubist movement, except for the restricted color palette. The Salon Cubists preferred to use a wide range of colors.

Analytic Cubism aimed to distinguish itself from related art movements (specifically Impressionism and Fauvism) ruling the galleries and salons in the early twentieth century. Analytic Cubism pushed the viewer to reconsider how subjects were depicted within the traditional conventions of fine art.

Cubist artists rejected single point perspective and instead, presented multiple viewpoints of a subject at the same time and within the same space. To achieve this avant-garde aesthetic, the artist would deconstruct the original three-dimensional subject into multiple parts, representing every angle that one could view the subject.

Then, the artist would resemble those fragments, viewpoint by viewpoint, to create a two-dimensional image where the viewer could now see the subject in its entirety. The result of this method was a heavily abstracted composition that represented the subject from all angles and greatly minimized the illusion of depth in the painting.

Bright colors were not typically used in Analytic Cubist paintings. Early Cubist painters favored tones of muted gray, black and ochre over bold colors such as green or pink. Cube-like imagery, as well as other geometric forms like cones, spheres and cylinders often appear in early Cubist paintings and again in later Cubist sculptures.

Georges Braque’s Still Life (Violin and Candlestick), from 1910, demonstrates the representation of a violin and candlestick in the early Cubist style. Bits and pieces of both objects are blended with the earth-toned color palette. There is little distinction between foreground, middle ground and background as the multitude of violin and candlestick pieces are flattened within the same picture plane. Every angle of the objects appear to be visible from a single vantage point.

The artistic experiments conducted by Cubist painters continued to evolve and around 1912, the second major phase of the Cubism movement emerged. Art historians would label this later phase of Cubism as Synthetic Cubism. Still favoring the fragmentary image and various viewpoints, Synthetic Cubism achieved an even greater sense of flatness than Analytic Cubism.

The mixed media approach was also born out of Synthetic Cubism. Picasso and Braque began to integrate everyday objects into their paintings, such as wallpaper, bottle labels and newspapers, creating multi layered arrangements. Using the human figure as a subject became slightly less popular as many artists began to explore the possibilities of still lifes through papier collé, or what we now know as the collage technique.

The neutral, earthy color palette of Analytic Cubism also evolved to include more bold colors and simple shapes, while maintaining the overlapping planes already central to Cubist works. The shift to bold and unblended color seen in Synthetic Cubism is often considered to be a precursor to the simple yet vibrant artworks of the Pop Art movement.

The Influence of Analytic Cubism on Modern Art

Analytic Cubism and Synthetic Cubism, commonly referred to as Cubism, had a significant influence on the modern art movements to follow. The ongoing influence of Analytic Cubism in art history is evident in the turns to abstraction made by other Cubists such as French artist Robert Delaunay. Delaunay’s Cubist paintings were much more colorful and abstract than those of his Cubist colleagues, which led him to continue his work within the conventions of related movements developing at the same time, such as German Expressionism and later, Surrealism.

Many artists working at the same time, such as Picasso and Braque, also experimented with the artistic styles of various art movements such as Surrealism and Futurism, as plays on perspective and form became more widely accepted as artistic conventions among avant-garde artists. Even French Dadaist Marcel Duchamp dabbled in the Cubist style in 1911, with his painting La Sonate (The Sonata).

The political commentary that was important to the later phase of Cubism also influenced the art movements that emerged during both World Wars and the post-war period. The faceted, multi-dimensional forms of Analytic Cubism directly influenced many twentieth century artists and movements such as Dadaism, Surrealism, Futurism, Suprematism, Constructivism and de Stijl.

The influence of Analytic Cubism also went beyond the realm of visual art to include literature, poetry and architecture.